A shared love of tasty treats that are actually good for you turned into a winning business idea for Sophie and Gracie Tyrrell – meet the Squirrel Sisters.

Fifty years ago, if two sisters lived on polar opposite sides of the world they might have sent each other monthly letters and that would have been it – the chances of a business springing up on the back of their geographical distance would be edging on nil.

Blogging, however, changed the lives of two sisters from Bath, when Sophie and Gracie Tyrell decided to start writing a joint blog about health, wellness and food while Sophie was living in Singapore in their 20s.

“I was in London, she was on the other side of the world, and it was just a nice way for us to do something together,” says Gracie. “It was never a business idea, it started out as something that was fun.”

The two sisters were – and still are – mad on healthy eating, but they were unimpressed by the ‘holier than thou’ attitude of many other bloggers who shared their interests. “We found them to be quite ‘preachy’,” says Sophie. “They were promoting unrealistic lifestyles, while we were more interested in talking about enjoying life while feeling great.”

The pair called their blog Squirrel Sisters, something they’d been nicknamed since school as it rhymed with their surname. It soon picked up an audience and within a year after starting they had a large, loyal following.

Something to sink their teeth into

In November 2015 Gracie, a globe-trotting professional actress, and Sophie, who has a background in business development, both found themselves in London and looking for something exciting to sink their teeth into. The idea of turning Squirrel Sisters into a healthy snack food brand drowned out all other suggestions.

“We wanted to prove that healthy could be delicious, so we set off on a mission to create healthy snacks made with natural, kitchen-cupboard ingredients that tasted like a treat,” says Gracie. “I’d already been making these for Sophie, who is gluten intolerant, so we had some recipes to get us started.”

Ocado were interested very early on – but the sisters quickly learned that in retail (and in business in general) almost everything takes longer than you think. “Getting stocked took forever,” says Gracie. “We were in talks with Ocado when we launched in 2015, but it took until the end of 2016 until we finally received confirmation that they would be stocking us.”

“One big challenge,” adds Sophie, “is that the retailer buyers move around a lot, so we would get close to securing a deal and then a new buyer would start, putting us back at square one.” 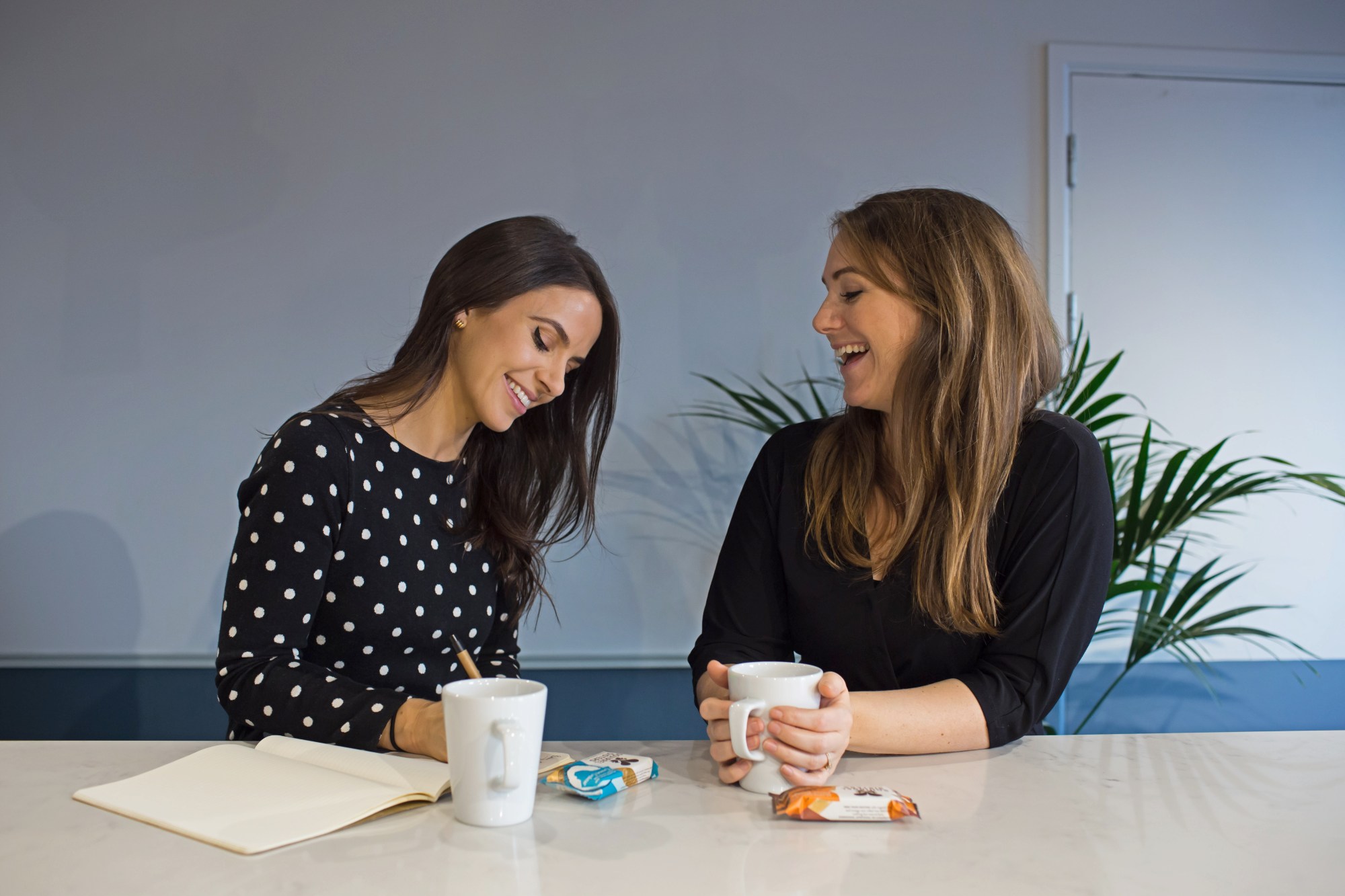 Before the Ocado deal was finalised, the Tyrrells secured a deal with Whole Foods, which they both still consider to be their first big break. “We were able to build a case study showing bigger retailers like Waitrose proof that we were worth stocking, based on our sales data,” says Sophie. “But the biggest moment for us was then launching into Waitrose and Holland & Barrett, which meant that our products were available on nearly every high street in the UK.”

This summary might make the business journey sound easy. It wasn't. Hiring, they say, was occasionally nightmarish and they made some poor choices early on. “Trying to find great people who share the same drive and passion for what you do is really tough,” says Sophie. “I tell other business owners today that when they find someone who really shares their vision, they should snap them up.”

It was equally difficult to try to compete with huge brands with colossal marketing budgets. Squirrel Sisters haven’t been through equity funding – despite turning over around £400,000 in 2018, and the business continuing to grow at around 33 per cent a year. However, they've now reached the point where they feel that a cash injection is the best way to move things up a gear.

“Investment is definitely what we need to take us to the next level,” says Gracie. “We’re proud of what we’ve done on our own, but you just need more money in this sector if you want to really compete.” 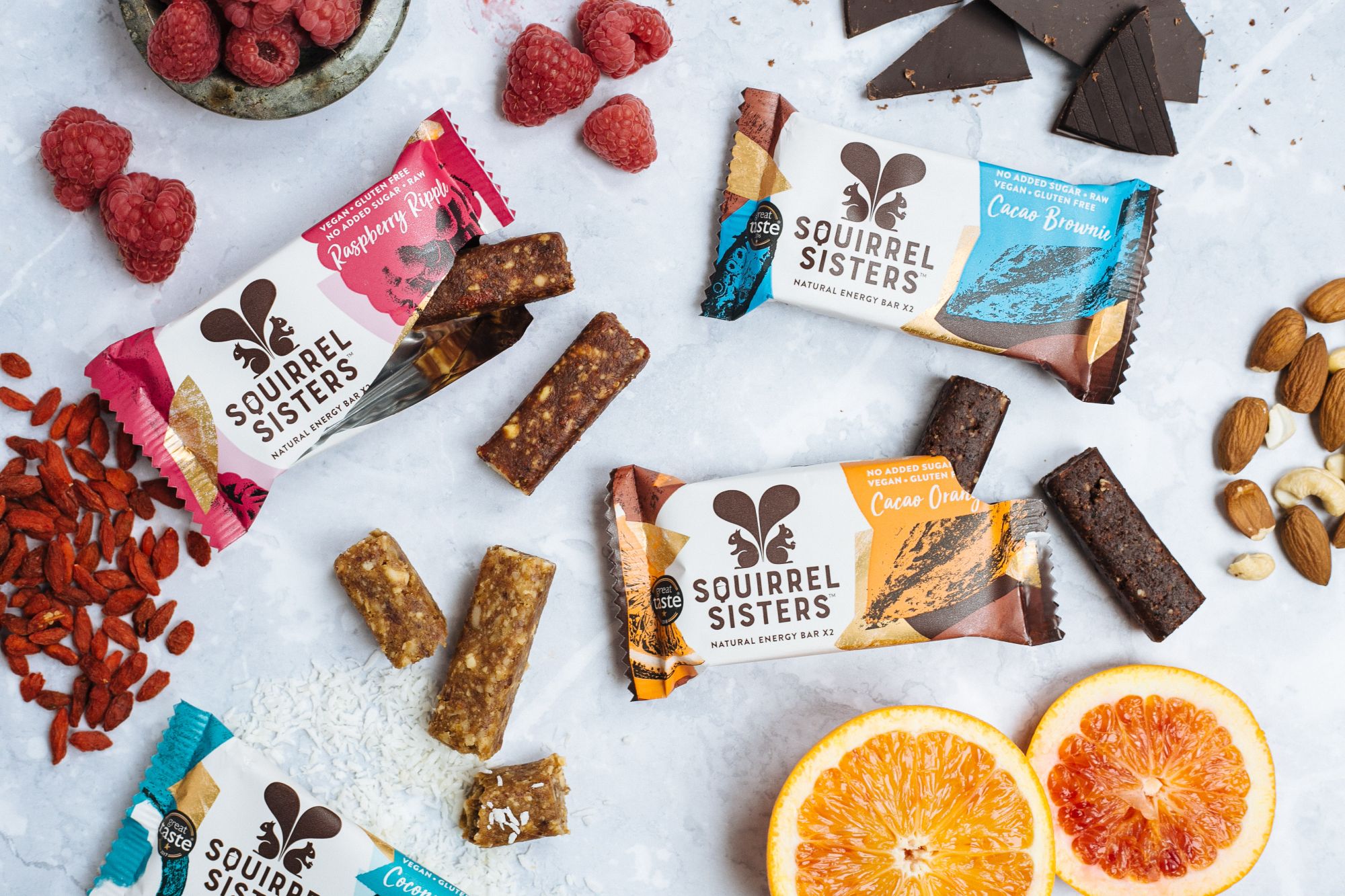 “My advice to start-up founders is to stick with it,” says Gracie. “Success doesn’t happen overnight. It takes a lot of effort, and passion is crucial. If you don’t believe in what you’re doing, then it just won’t work.”

“Your brand is so important, so invest in that,” says Sophie. “It’s what the customer sees first, so before wasting money on things that don’t really count, make sure you know what your brand really stands for – and how it is represented.”

And what about working with your sister? What’s their take on that?

“It’s definitely been useful in business meetings,” laughs Gracie. “We know each other so well that one look between us is worth a thousand words.”