‘If it's good, people share it’ – meet the man reinventing live music

When your hobby becomes your business, when do you quit the day job and commit 100%? For Sofar Sounds co-founder Rafe Offer, it's after scaling into 50 countries and five years of hard work.

Sofar Sounds was in 50 countries before its founders considered it to be a business. “Five years into it we started thinking, ‘this hobby is really starting to blow up – we need a way of making money from it,’” says Rafe Offer. Since its first gig – held in a London living room in 2009 – the concert curating startup has been praised for disrupting the music industry around the world. Leon Bridges, Sylvan Esso, Ed Sheeran and the Yeah Yeah Yeahs’ Karen O have all performed at one of Sofar’s secret, intimate shows that are said to be a “magical” experience.

The idea to hold tiny concerts in cafes, retail spaces and people’s homes was sparked between three friends listening to Friendly Fires in Soho, London. Between the noisy bar, raised iPhones and chatty gig-goers, Offer and his eventual co-founders, Rocky Start and singer/songwriter David Alexander, couldn’t hear or see a thing. “We said, ‘we've got to do something to change this,’” recalls Offer.

Find a problem and fix it

The Chicago-born, London-based founder has a lifetime experience with dreaming up big ideas, but never in the music space. He worked in marketing and innovation at Coca-Cola, Diageo and Walt Disney before running Sofar full-time. “In those jobs you start the problem – what do consumers want? And how can we solve it?” he says.

Their solution is to provide intimate gigs shrouded in mystery. The audience don't know who they're going to see until they arrive, and only learn about the venue a day or so before - it could be in someone's living room or an art gallery. Sofar gives people a unique way to discover musicians – who could be unheard of or established – and decouples the ticket buying process from the marketing clout or fame of the act. And, to keep the music front and centre, Offer tries to keep that bar noise to a minimum. 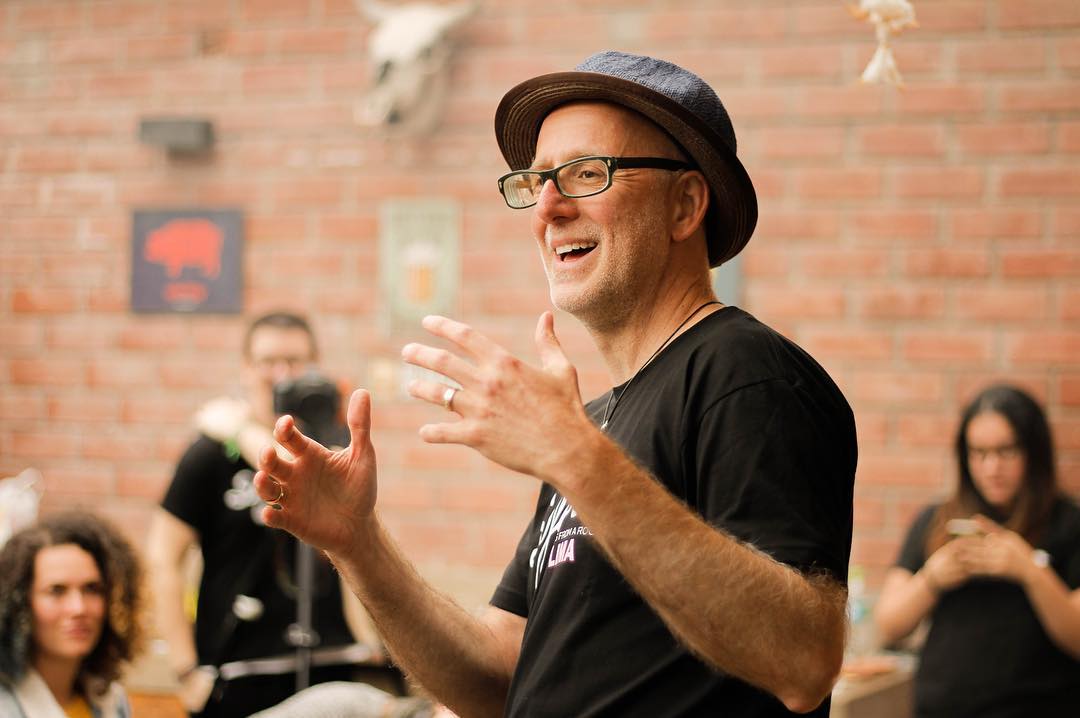 Initially the co-founders' roles evolved organically, based on who preferred doing what, before they sat down and formalised them. In the early days Offer was spending around five to 10 hours a week putting on one gig a month in London. But, even as he worked his day job, those numbers started to creep up.

“It flat lines when you hit 20 hours. You need to pull the emergency cord and figure out if this is something you want to fully dive into,” he says. Inititally, the main focus was on holding as many shows as the team had time for, while still making sure they were “really good”. A third of Offers time would be carved out for what he calls “the bigger picture stuff” and the dreaded business admin - incorporating the business (first in the UK, then the US and eventually countries around the world), sorting insurance for the events, and organising databases to organise hosts and performers.

To compensate musicians - largely up and coming performers - the organisers would pass a hat and collect donations from the audience or create a video of their performance. Self described as “not very technology savvy,” Offer says there was a lot of pressure at those events because there was only one shot to get the videos right. “That was maybe the toughest thing in the first year - asking friends and doing research before buying a camera that was really expensive for us, then filming performances ourselves,” he says.

Not being able to afford to hire a videographer, the team learned on the job, sometimes with high-profile performers. Actor Robert Pattinson was one of the early household name performers who agreed to be filmed. “I was like, ‘ok you better do this right, because Robert Pattinson is not coming back tomorrow and this'll help spread the word,’” Offer says. 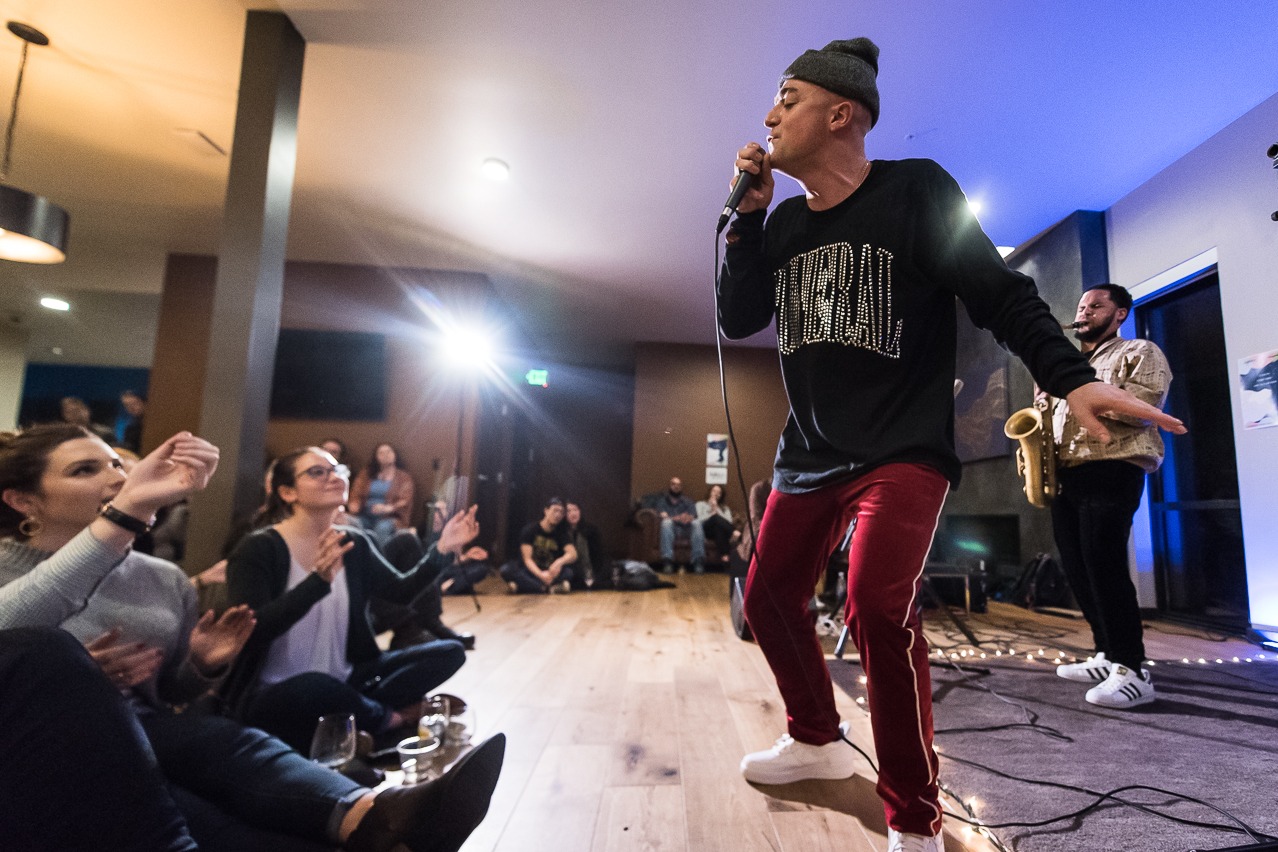 Jams the Flava Child in Seattle, US. Photo: Phillip Johnson

It was in 2014 - five years after their first concert - before Sofar was thought of by its founders as more than a hobby. By that time Alexander had moved on and Start and Offer were beginning to realise how large the brand's reach had grown.

“We were literally in 50 cities before we even thought of it as a business,” Offer says. Taking the leap to work full time on Sofar came after a period of freelancing, which had given him more flexibility to work with on the business. “It can be quite stressful, but it helps a ton to be making money on the side while you start,” he says.

When the business' early days, social media was also in its relative infancy, and the founders relied heavily on word of mouth. “It was – and still is – so different to other gigs, that people just went away and did the marketing for us,” Offer says.

The platform didn’t even have a website for its first few years. The scant funds had gone into other projects, such as incorporating the business, designing the logo and buying speakers and recording equipment for the actual events.

“We also had a few false starts,” Offer says. There were a number of early iterations of the website. “It was only about four years on that we found somebody who could really do a respectable job,” he says. Sofar didn’t really even start to advertise until around 2018. “Word of mouth was key. We learned a lesson that if something’s good then people will share it.” 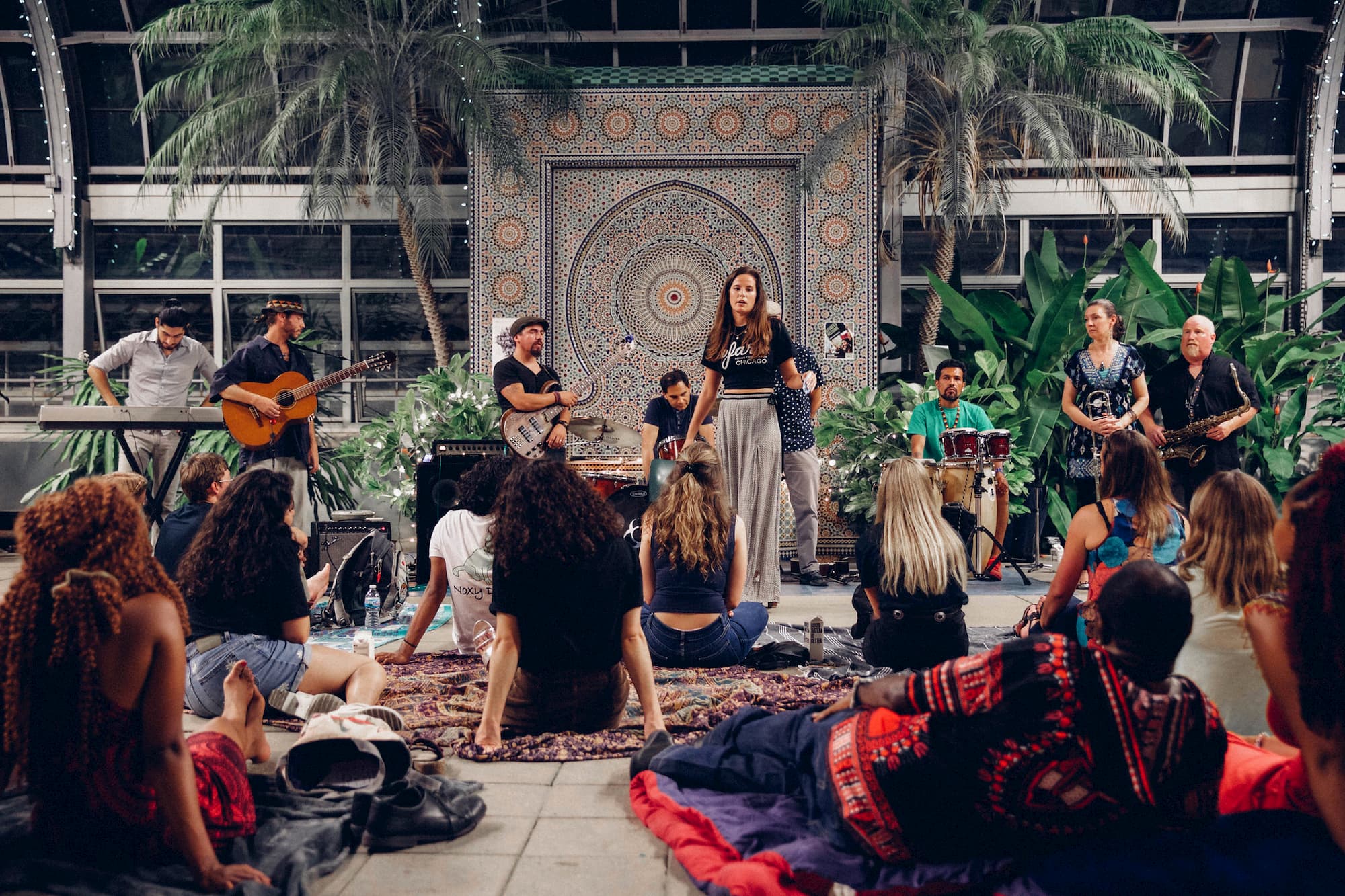 By the time Sofar had grown to outposts in 95 cities around the world, the core team had expanded to six people and volunteers had become a big part of running the concerts and organising hosts and performers. The name, originally Songs For A Room, inspired by the Leonard Cohen song, had been shortened to Sofar.

If he had his time again, Offer says that rather than first hiring talented creative minds, he would have created a human resources role as early as possible. “People are everything for a business,” he says. While most founders are drawn to the people that will make them money quickly - sales or someone dedicated to partnerships - Offer says that, especially in terms of saving time, having someone who can preempt pain points is a much more important hire. He also says that he wouldn’t underestimate the importance of thinking globally, even for the tiniest details, such as coming up with a name. “Think: will this name work half-way across the world, or does it mean something weird?”.

In 2016, Virgin Records co-founder Richard Branson announced he was investing in Sofar and a year later, the startup had partnered with Amnesty International to host more than 300 concerts in support of refugee rights. Now, in London alone, Sofar puts on 80 shows a month. Across the world, shows are held in tiny spaces in 400 cities, from Cairo to Costa Rica. As of 2019, the community has produced more than 20,000 concerts.

Offer says his vision is for Sofar to continue to grow in a way so that on any day in any city there will be a musician performing a Sofar gig and people will say its magical.