Is cash dead and do we care?

Beyond a sense of nostalgia for coins and notes, should we care about the demise of cash? And what does a cashfree society mean for the UK’s small businesses?

Perhaps nothing symbolises the decline of cash quite like the unveiling of a new digital edition of the much-loved board game Monopoly. While debit cards have edged out cash as the most used payment method on the high street, something called “voice banking” is vying to make the iconic Monopoly money obsolete.

The trade association UK Finance report that in 2018 15.1 billion payments in the UK were made via debit cards alone, compared to 11.0 billion payments made with cash. With other alternative payment methods, such as direct debit and credit cards also on the rise, the days of cash appear numbered.

But beyond a sense of nostalgia for coins and notes, should we care? And what does it all mean for the UK’s small businesses?

In a speech at the 2019 Currency Conference, the Bank of England’s Chief Cashier, Sarah John, offered a reassuring tone for lovers of physical money. “Although cash use is falling, it is highly unlikely that it will fall to zero,” she said. “Cash is relied on by a significant minority of people in the UK for almost all of their payment needs… But beyond that, there are also significant numbers of people who want to choose to use cash.”

According to the 2019 Access to Cash Review, 47% of the UK population believe that living in a cashless society would be personally problematic. So, why are we moving in that direction?

Cashlessness on the rise

The shift in payment trends is attributed to many factors – a growing number of young and tech-savvy consumers, the convenience of mobile banking, advancements in contactless card features.

Research from payments platform First Data indicates that most UK consumers will walk away from a business if they find out it’s cash-only rather than visit an ATM. Therefore, it’s no surprise that many previously cash-only companies are changing their business models to allow for a diversity of payment options.

Some businesses are going further still and adopting a card-only model, refusing cash entirely. Bears Ice Cream Company in London’s Shepherd’s Bush is one company on the verge of making that decision.

“The split between cash and card is roughly 25/75. It used to be 50/50,” explains owner Phil Harrison. “People in general are using less cash. Not using cash would eliminate a lot of extra work [for us]. Most money errors in the shop are due to change being given incorrectly.”

Part of Harrison’s business has already gone cashless – the ice cream bikes that set up shop in local parks and other areas. Primarily, Harrison says, it’s for his employees’ safety. “If something bad was to happen, like a mugging, there’s no danger to my staff. They would just get off and say: ‘please take the bike and phone’. Everything is insured.” 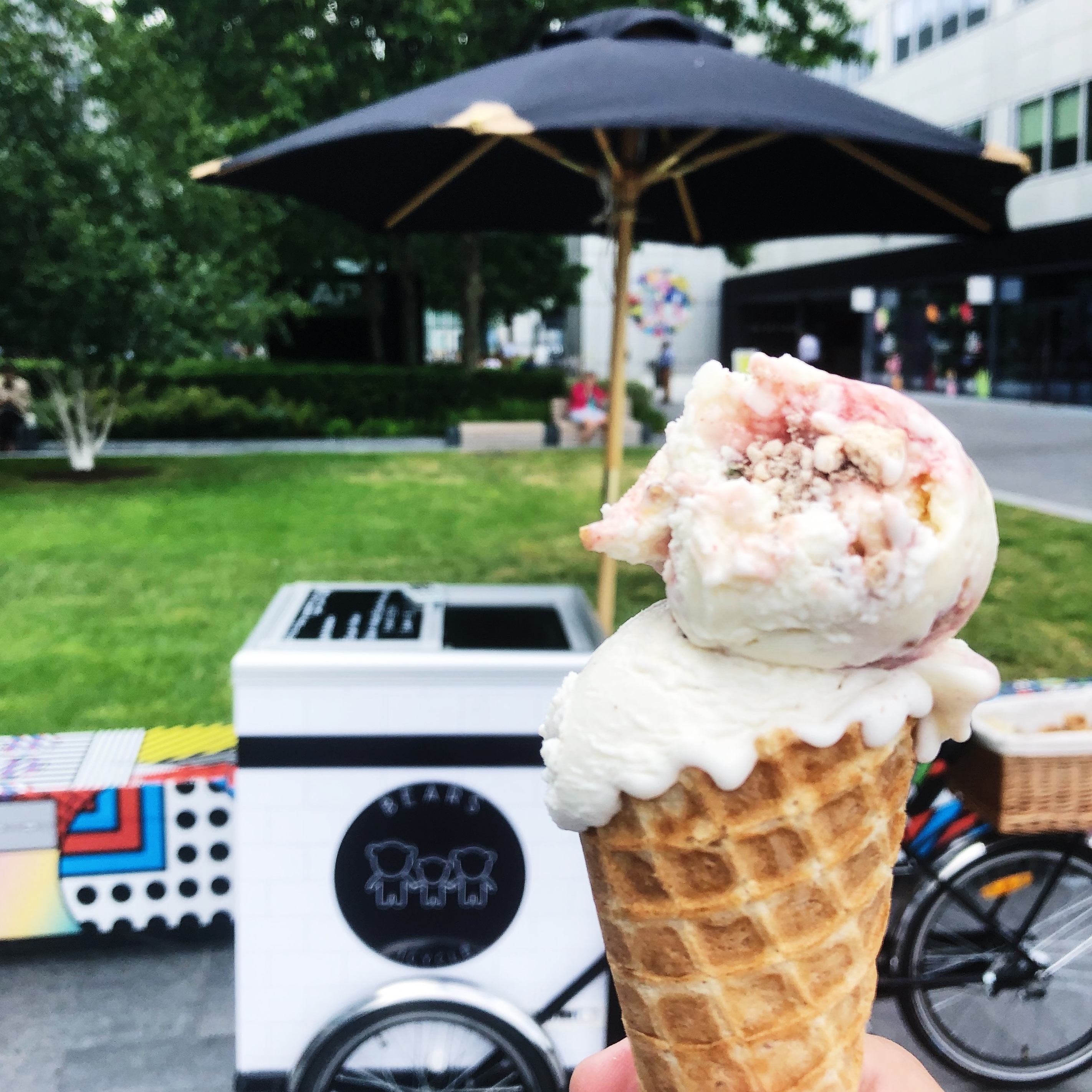 People outside of typical businesses can benefit, too. Lucy Ryder, a busker and student in West London, now carries a contactless card payment system with her wherever she plays. “I noticed that people never had any cash,” she says. “I invested in a card reader and noticed almost straight away that commuters and people shopping were happy to tap their card for a £2 donation, rather than shuffling around for change.”

Harrison and Ryder’s experience with people carrying less cash is reflected in the Access to Cash review, which revealed that only 10 years ago, cash was used for 60% of payments. In 15 years, it’s predicted to be only 10%.

By switching to a mainly cashless system, a business could attract new customers, especially in areas where card payments are increasing. In December 2018, street newspaper The Big Issue made headlines by equipping its vendors with contactless card terminals from iZettle, in an effort to make it easier for customers to purchase a copy.

“We’re constantly looking at ways we can aid financial inclusion, so it’s fantastic that we’ve been able to partner with The Big Issue, giving sellers access to tools that will help them manage in an increasingly cashless society,” explained Edward Hallett, managing director of iZettle UK.

When almost all of our daily habits are under scrutiny, going cashless could also provide a small boost to our eco-credentials. “I think as a country we should go cashless. No one really needs it or uses it,” says Harrison. “It’s dirty, and by not producing coins and notes it would have an environmental impact for the good.”

So, what are the downsides?

While cards and contactless seem socially inclusive, huge swathes of the UK population would be excluded from simple transactions in a cash-free world.

On May 13 2019, the Commons Treasury select committee published a report warning that the UK risks “inadvertently becoming a cashless society” and raised concerns for the large portions of the population that rely on cash to live. MP Nicky Morgan warned that “financial inclusion of vulnerable customers…  should be of the utmost priority for financial services providers, the government and financial regulators”. The committee also called for a significant reshuffle of the UK’s cash infrastructure to guarantee widespread free access to cash, regardless of the statistics showing its decline.

It’s an issue that’s ignited Which? magazine’s #Freedom2Pay campaign, a movement that looks to protect small business owners, people who have to live on tight budgets, rural and isolated communities and some people living with disabilities. “These are just some of the people who rely on cash,” according to their manifesto.

Which? has identified 25 million people across the UK who see cash as a necessity, with 2 million of those people being completely dependent on it to live.

Then there’s the question of security. In a cashless society, all money is held online. Taking physical cash out of circulation could be considered a safer option, but money stored as data brings about different issues involving cybersecurity and privacy.

Cyber attacks and online fraud can have devastating effects, leaving a cashless business without any form of back-up finance. Recently, AT&T Cybersecurity revealed that the biggest threat to companies are phishing (29%) and cloud security threats (27%). According to research from insurer Hiscox, 55% of UK firms have already faced a cyber attack in 2019. Smaller companies could be at greater, risk too – with tighter budgets and fewer personnel leaving gaps in security.

Privacy advocates are also concerned about walking away from paper and coin payments. Most digital transactions leave a papertrail – information that could be exploited by nefarious individuals, organisations or governments.

“Once people glimpse the dark side of bank digital payments – with surveillance, massive increase in financial cybercrime, and exclusion of people who cannot access the formal banking system – they will probably want cash to remain,” argued privacy campaigner and journalist Brett Scott in an opinion piece in the Guardian.

“The digital payments industry tries to cast cash as the horse-drawn carriage of payments; but cash is the bicycle, more flexible, resilient and convenient in certain settings, especially informal ones.”

Ultimately, the choice of whether to let cash die lies with the public and businesses. Vendors will keep accepting notes and coins if a sizeable minority continue to use it. But why support a system that's more hassle and potentially risky to profits and staff safety if it only represents a tiny proportion of sales?

For cash loving small business there's the option to hero the system and offer customers paying with it benefits and discounts. Otherwise, punters may just reach for their card.