The chocolate makers on a social mission

When mum Mona Shah heard that people with autism like her son had a one-in-six chance of ever landing paid employment, she set out to change the odds.

Mona Shah, the founder of Harry Specters Chocolates, remembers the moment her small team of chocolate makers completed a massive order back in 2015. A little frazzled after 30 days of creating sweet treats at three times the company’s normal production rate, Mona told her staff – all of whom have autism – that she would never ask them to meet such a punishing schedule again.

“I was berating myself for putting undue stress on them and that it would have lasting negative effects,” she says. “but when I asked them about it they said they loved it. They couldn’t wait to do it again.”

Small moments like this prove to Mona that she was onto something when she realised that chocolate making might be well suited to people with autism. Her son Ash, who is now 21, came up with the name when he was in his early teens. Today, the business handmakes around 250,000 luxury chocolates per year and has helped give more than 300 people with autism the chance to get stuck into something they are well suited to, and seem to really love. 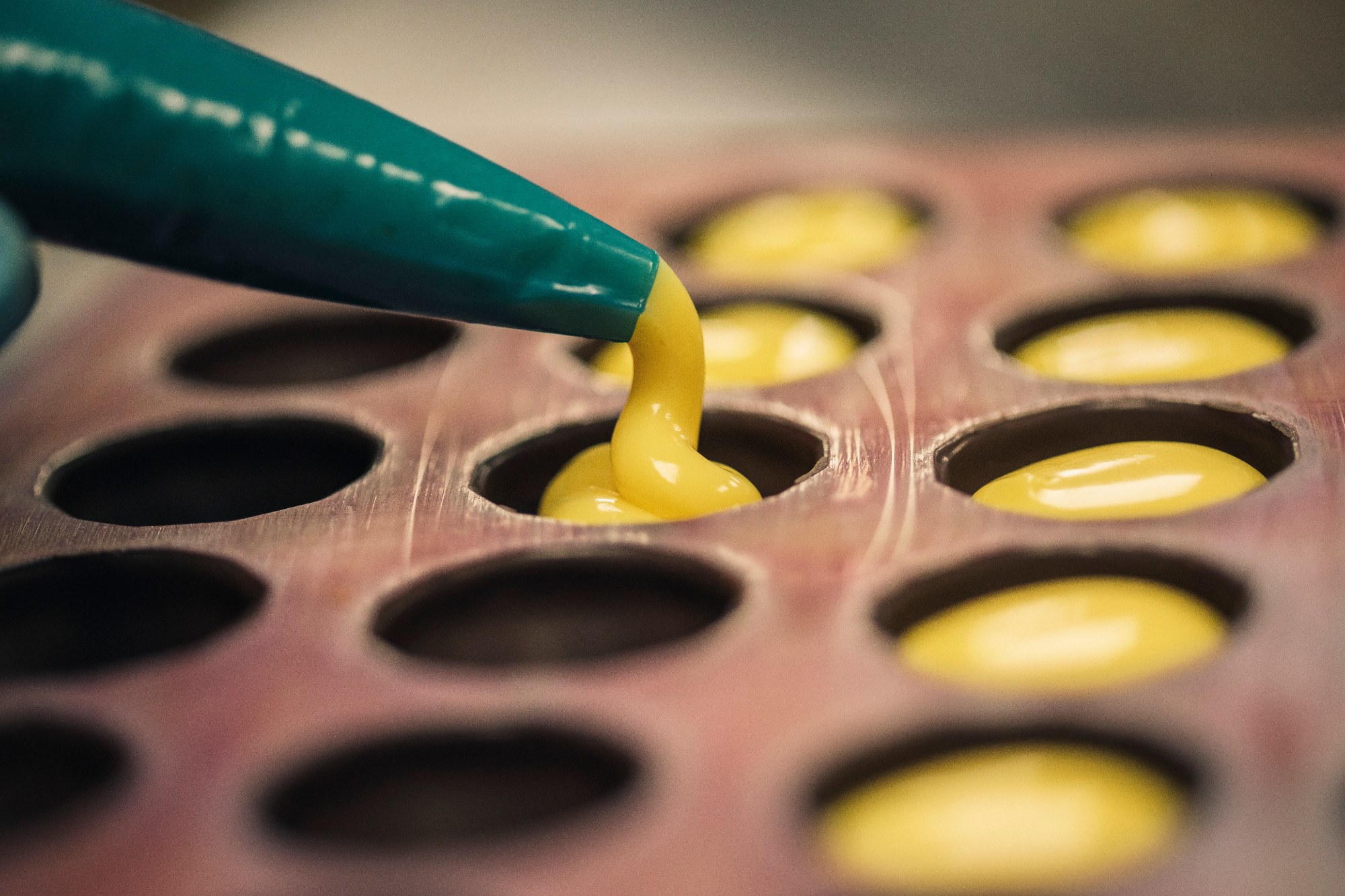 The beginning of Mona's journey

“We’re originally from Pakistan and we moved to the UK because there was no state support there for people with autism,” explains Mona. “There was no future for Ash, so we moved to Cambridge and straight away everyone was brilliant. He started going to a special needs school, but we quickly discovered that only 16 per cent of people with autism go on to any kind of employment. We came here so he could work and become independent, but the statistics suggested that wasn’t going to happen.”

Mona and her husband Shaz started thinking about jobs that Ash might one day be able to do – software testing was a contender for a while, but they ultimately felt that it wasn’t quite right. By chance, Mona found the answer when she visited a chocolate factory in Scotland and heard about a training centre – the UK Chocolate Academy in Banbury. A lifelong chocolate lover, she headed to Oxfordshire to improve her skills, and during the two-day course saw that the precise and repetitive nature of chocolate making would be a perfect fit for her son.

“I came back from the course full of ideas, started experimenting with flavours and took the chocolates I made into work,” says Mona, adding that Ash would help with the decorating of the chocolates and the packaging. “He got his friends in and they all loved it.”

The next step was to give up part of her working week to attend the School for Social Entrepreneurs – an organisation which started in 1997 to help people set up a business with a mission. Mona says that the switch was something her old boss just couldn’t get his head around. “He couldn’t understand why I was giving up a promising career to go and make chocolate. But it wasn't to make chocolate – it was to do something for people with autism.”

With a grant of £4,000, Mona bought the equipment she needed to kit out her kitchen and a production line began, with Ash and his friends on hand from the very start. As awareness about the start-up grew, Mona discovered that a key revenue stream was going to be corporate orders – companies which take their Corporate Social Responsibility (CSR) commitments seriously are happy to buy a box or 50. Unfortunately, most of them want their chocolate orders in bulk. 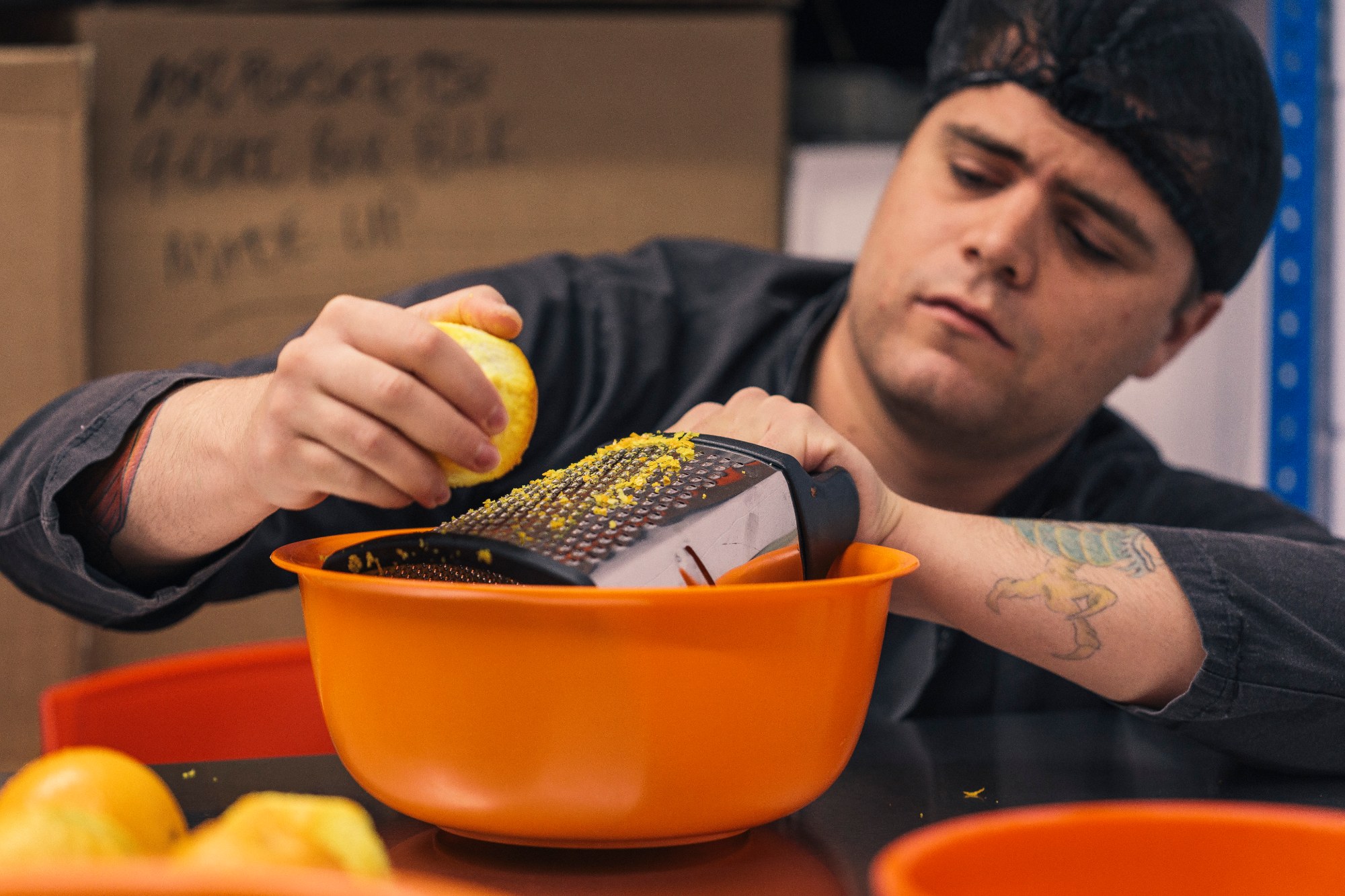 When the demand gets demanding

Seasonal spikes are the nightmare that everyone who works in confectionary has to cope with - the chaos beginning a couple of months before Easter and Christmas every year, followed by a dramatic lull. While this has been stressful at times for Mona, Harry Specters’ workers have proven to be unflappable.

Not that hiring young people with autism to help run a chocolate-making company is easy. Mona points out that a charity in Wales also gave it a go and found it to be a struggle. “Theoretically, it's a brilliant idea, but when you put it into practice it's a very fine line that you need to balance between the business and the social cause,” she says. “You’ve got to make sure the business isn't suffering, the product is top notch, and that you've got happy staff, too.”

According to Harry Specter's raft of five-star reviews, they've certainly got the first two right.

Seven years after starting, Harry Specters is running like a dream: Mona now has three full-time, two part time and six contract staff – all paid employees, all with autism.

and the business has won more than 30 food awards. Unlike many relatively new SMEs, the business is well-funded, too – although, says Mona, investment isn’t necessarily the answer to everything.

“Last year, we received investment of almost £500k to move to bigger premises and get more chocolate-making machines,” explains Mona. “Our previous premises – which we’d moved into in a few years earlier – proved to be too small almost straight away and we were inundated with Christmas orders and no place to pack them.”

The business desperately needed to move and was thrilled to secure the money – but there was no unit available. “We struggled through another mad Christmas period, converting our office into the online packaging area, hiring a storage container for extra space, and moving our desks into a tiny store room at the back,” says Mona. “These are the sort of challenges that small businesses come across.”

Now that new premises have been found, Mona can breathe again. And Ash? He’s loving it. He works part time at the chocolate factory and there are plans for him to get more involved in the business’ back office work, as he is handy with a computer.

For her part, Mona says that setting up Harry Specters has been a heck of a ride. The dream is to open more chocolate factories and help more people with autism to find employment – but she knows it won’t be easy. “Running any business is a challenge, but combining that with a social mission adds a whole new layer of complexity,” she says. “However, as long as you have the motivation, a team that shares the same values and staff who are rooting for the company’s success, everything else becomes secondary.”