Ingenious eating – ‘If it's a good idea, it's going to work’

John Fisher wanted to be able to enjoy great tasting food wherever he was. So he invented Firepot – meals on the go for those with adventure in their hearts.

John Fisher has reinvented the firepot for the modern adventurer. The clay pots, first used as a way for ancient nomadic humans to carry fire for cooking food, have evolved into the barbecues used in most people’s backyards. Now, people trekking across vast stretches of land carry food, instead of fire, which has been freeze-dried or dehydrated and in Fisher’s words is “just disgusting.”

So in 2012 he set out, with an initial goal of feeding him and a friend over a nine-day hike across untouched Greenland wilderness, to create Firepot Food: dehydrated meals that can be cooked in boiling water over a campfire and taste like something whipped up in a kitchen.

‘I build websites, I can't sell you food’

In the year leading up to the Greenland hike, what would be his first unsupported trek, Fisher, 48, started trialling either freeze-dried or dehydrated food already on supermarket shelves.

“Basically they freeze-dry all the ingredients separately and throw it all together,” he says “Its nasty, nasty, nasty, generally just a mixture of chemicals.” So he dusted off his wife’s discarded £25 dehydrator and started experimenting with extra portions of dinners he cooked for his two young sons.

A chilli con carne, orzo bolognese, dahl and rice, and mushroom risotto all passed a six month period of trial and error and were taken to Greenland. At the end of the trek, Fisher still had five days worth of his homemade dehydrated food left, so he handed them to a group at the airport about to start their own hike.

“They rang me up six months later to order some more. I said: ‘I build websites, I can’t sell you food,’ because it’s pretty much illegal to if you’re not a producer.” But, it did make him realise there may be a decent market for his homemade creations. Having sold his web development company a few years previous and half way through the earnout period, Fisher began spending his weekends trialling recipes for his upcoming trips and kids’ camping holidays.

In 2015, Fisher had moved on to a new role in Nepal but was still spending half his time in England, experimenting with dehydrated food. In the periods he was home, he decided to put £1,000 into a new dehydrator and a few other bits of equipment and set a goal: if he could figure out how to make 20 meals in one go instead of only three, and how to pour boiling water into the food pouch to make it into a meal, rather than into a pan first, then he would quit his job and work on Firepot Food full time. 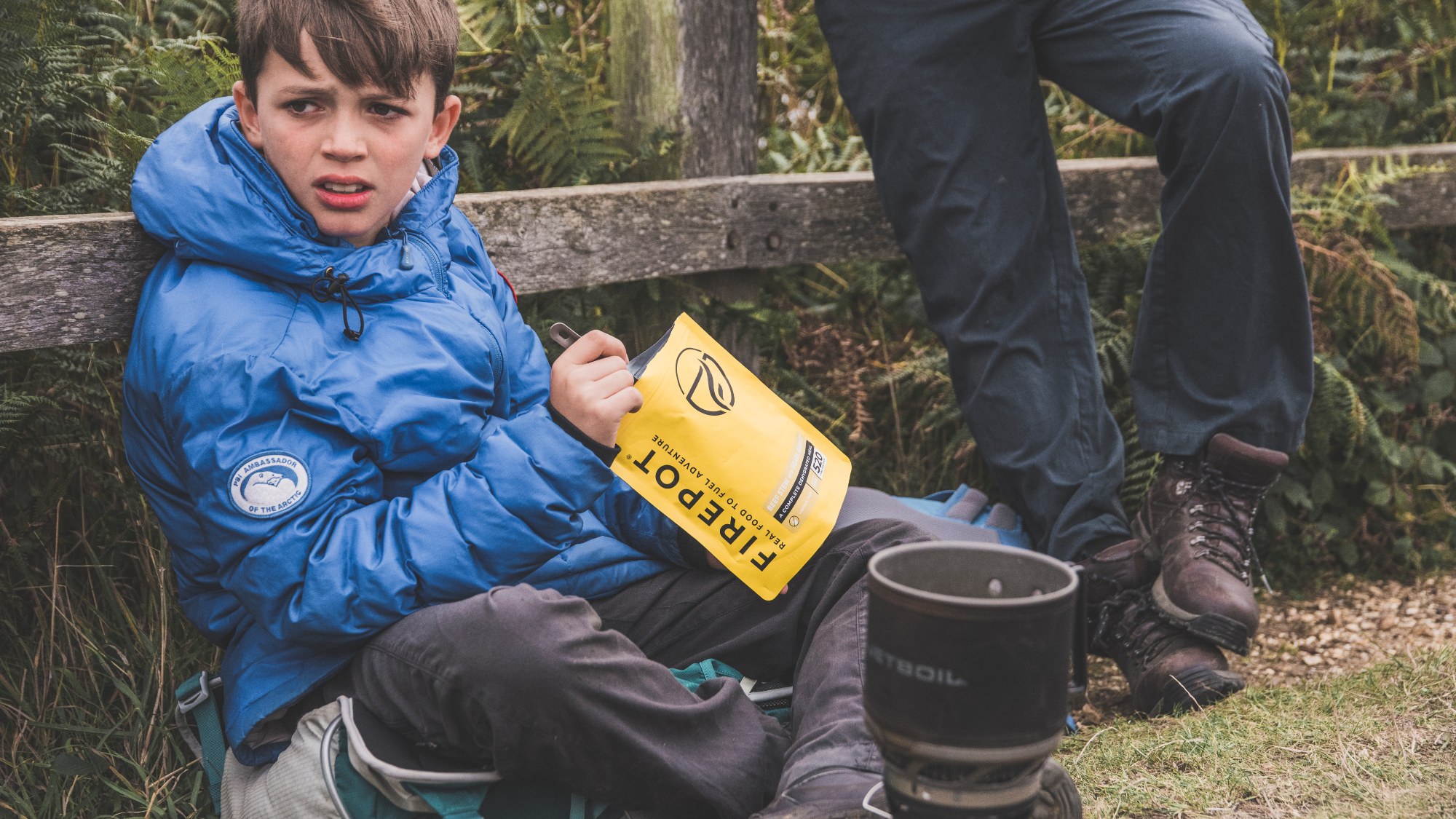 It was a stressful eight months. “If you fail (at the cooking stage) then it's back to square one and you gain nothing,” says Fisher. If he did make it over that first major hurdle, he would send it off for food testing but again, if he failed, it was back to recipe testing.

By October 2016, Fisher had drawn up a business plan and presented it to four friends who had regularly hiked with him and, more importantly, eaten his meals. He asked them for investment – “they knew the difference between my stuff and the commercially bought stuff,” he says, “and they said yes.”

That first investment, one of three rounds, was £60,000. But, looking back, he says he should have asked for more.

“I should have been punchier about it and just gone all in: ‘it's going to be a quarter of a million pounds, so lets do it,’” he explains. “If it's worth 60 then its worth 200 because if you invest 60 and then it goes down the tubes, it’s gone but, if you invest 60 and it's going well but you can’t invest more, then it’s gone as well. It needs funding.”

Fisher says taking investment helped prioritise and use the money sensibly. “It is an extra pressure: You have to sit down and think: how do I best use this,” he says. Fisher went from making a handful of meals to spending five months working out how to make at least 200 a day – the number he determined to be his tipping point where he had “a vague chance” of breaking even.

“Scaling up is very difficult,” he explains. “You make 20 at a time and they taste great, you want to make 200 at a time and everything changes: measurements, cooking method, the way you chop and pack them.” Fisher poured money into equipment – commercial dryers, a big oven, a commercial packaging machine – and settled on renting a barn in Dorset that would be big enough to fit it all.

Fisher is brutally honest about the stress finances have caused while growing the business. “I made a spreadsheet and worked out if I can sell this much food, I will lose £50,000 in the first year, then if things improve, I might lose £30,000 the second year,” he says. He sought investment, used his mortgage, a few shares and some savings, and his wife, Sophy Roberts, “cranked up her projects” as a freelance travel journalist so they could get by. But, it was all necessary if he wanted to expand.

“When you expand you do it in steps – and they’re big steps,” he says. “We used to fill our food pouches with a plastic watering can that only cost me a pound. The packaging machine I have now cost £20,000.” In June this year, Fisher started paying himself and hopes the next big steps will be funded through cash flow. 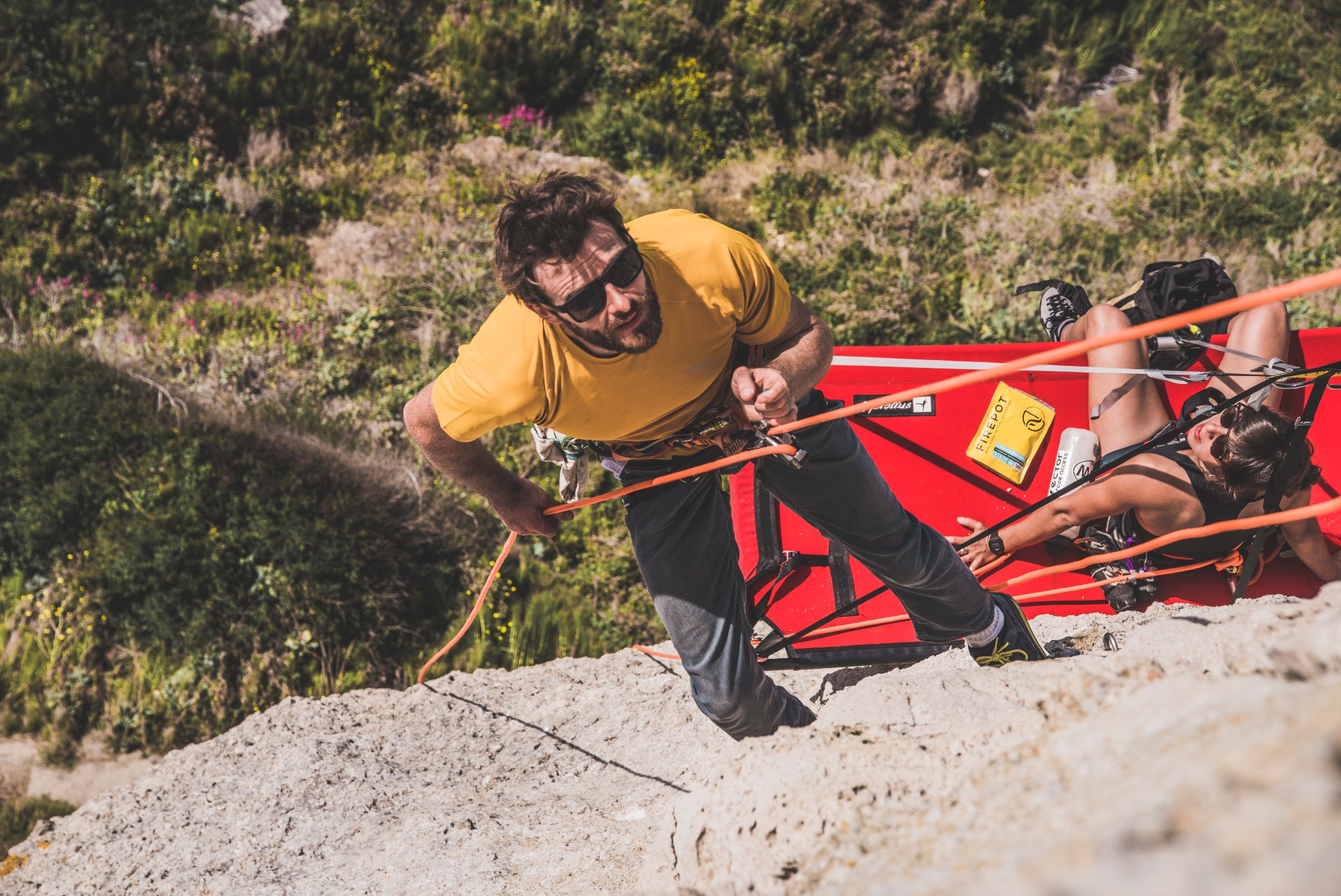 Firepot meals are popular with those travelling light and seeking adventure. Photo: Firepot

Building a specialised commercial kitchen as a small business also had its hurdles. Fisher ordered expensive, commercial quality dryers from the US but, when they arrived, they didn’t work how he needed them to.

“It was designed for drying broccoli, not chilli con carne,” Fisher says. So he set about customising them and now he has six that work specifically to his needs. “If we were running at full capacity we could make 900 meals a day,” he says. But instead, he’s likely to reserve two of the dryers for experimenting with new meals to expand his range, now around 10 recipes, including the four he took to Greenland.

‘No one ever says no to free food’

By March 2017, Fisher was ready to launch. He had 10,000 food pouches ready to go, which worked out to be about seven months worth of production, and 15,000 food labels. But, he had no money to market the meals. So he spent a month researching adventure bloggers on social media and offering them free food.

“No one ever says no to free food. We would send them two pouches each and wait,” he says. The reviews started to flood in, his phone buzzing with mentions in blog posts, Instagram reviews, and picture tags. “From that point onwards, it went nuts, we had to move out of our new kitchen in eight months and we were running out of food month, after month, after month.”

Fisher had previously been selling his products direct through the Firepot Food website to people who placed orders for months-long trips. While he has now signed on with a distributor and has plans to expand into Europe and America, he says building that genuine connection within the adventuring community has been invaluable.

A blog on his website, run by Roberts, helped to almost instantly give the brand credibility and build connections with fellow explorers. She would interview people taking off on interesting trips - canoeing across the Atlantic or exploring barely touched corners of the world - who had brought Firepot Food to fuel them.

A special milestone came when one hiking group called an unexplored ascent in Greenland the ‘Firepot Couloir’ (or Firepot Corridor), which he found out about third hand seven months later. “That is so awesome, that means a piece of the world is named after us for eternity,” says Fisher. “If you’ve got a good idea it's going to work. You’ve just got to be brave about it.”

Bonnie Christian is writer and digital news reporter who’s written for publications such as The London Evening Standard, WIRED, and ABC News. Based in London, she writes on topics such as the environment, politics and technology.