Michaël recently spoke with Soldo, the work expenses platform, about lending, managing risk and the power of digital tools for small businesses. Here are a few excerpts from that conversation.

Soldo: The SME world seems to be following the consumer world. Consumers have lots of challenger brands they can choose from. Are small businesses making the same sort of decisions as consumers do?

Michaël: Yes, definitely. We want iwoca to be a mainstream name, and we want to provide access to finance to as many SMEs as possible in as slick a way possible. And what we figured out is that the offer available to what we define as an SME is very thin. I was at an investor conference and, for them, small SME lending is £10m to £30m. That’s what they call small. For us it’s from £10k to £30k, which is targeting millions of small businesses in the UK and tens of millions across Europe. So that’s definitely the market we’re tackling, and that’s where no player has been able to grow and to attract significant numbers of companies.

So what was the problem? Is it just that for traditional banks servicing on that small scale isn’t worth it?

Yes. Banks are big institutions with a lot of available resources, so if they wanted to put a lot of their assets behind it, they might find a way to resolve the problem; but they have too much legacy; they’re not capable of having the right level of technology and automation to originate loans in an efficient enough way for it to be worth the small amounts.

If you talk to a traditional bank and you ask for £2m or £3m, they can amortize their high upfront costs on large amounts. But there are no banks that are geared towards below £0.5m. So, if you don’t have a relationship with a bank, or you don’t already have an established track record with them, they won’t look at you.

I think the cost for underwriting from a bank is prohibitive versus the ability for them to make a decision effectively. So, we invested our time into developing a technology that allows us to make credit decisions for small businesses in a slick and efficient way.

There are no banks that are geared towards below £0.5m. So if you don’t have a relationship with a bank, or you don’t already have an established track record with them, they won’t look at you. 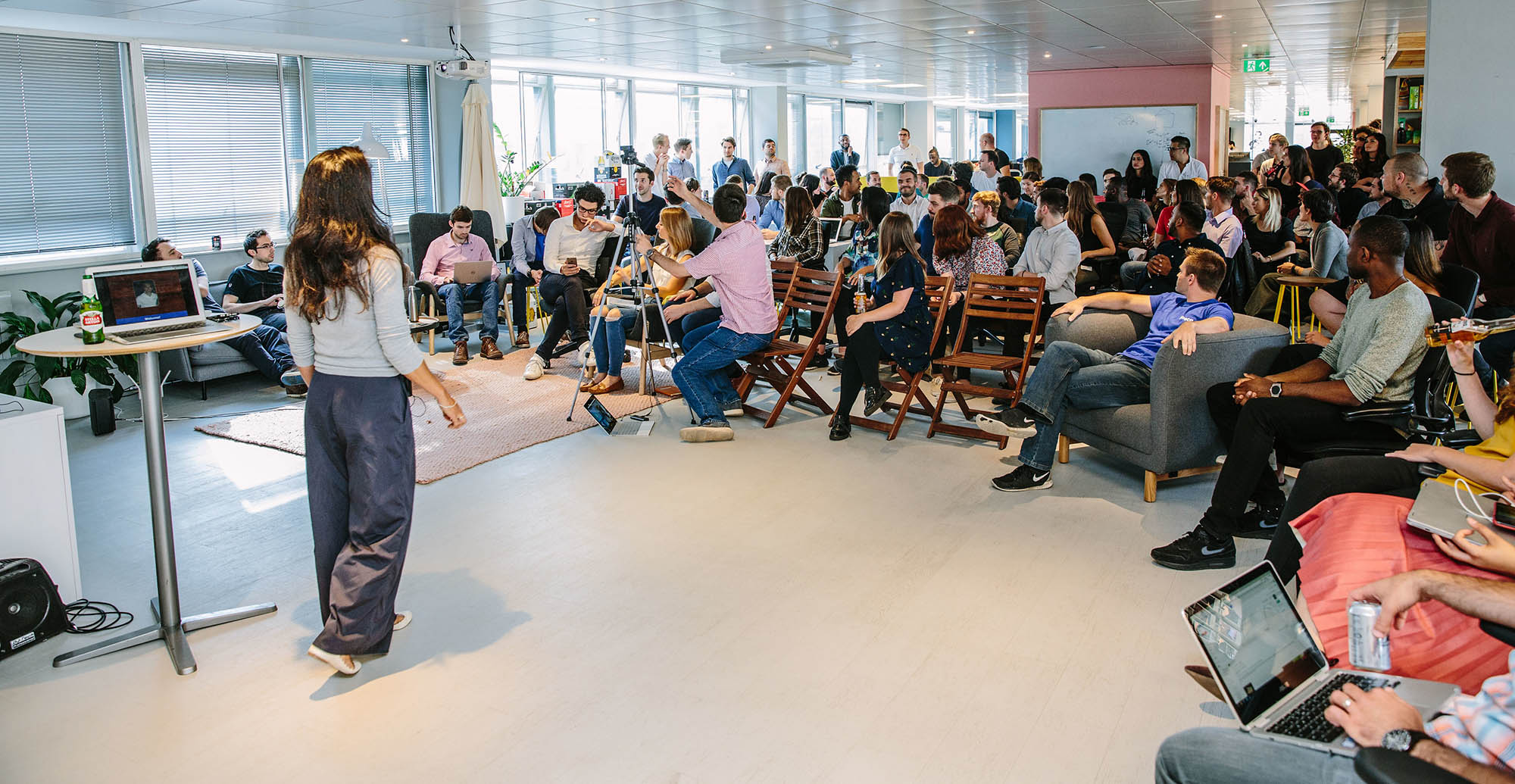 So how does that work? How did you shorten the timeframe?

For the underwriting itself, we’ve built in a lot of integrations with data service providers through open lending with banks in order to provide instant access to data that we can gather, understand and use to make a credit decision.

So if you ask iwoca for a small loan, below £15,000, this decision will be automated, meaning that you’d get an answer instantly. This is more common in the consumer space, but in the SME market, it’s quite unique.

For larger amounts, there is some manual intervention which means waiting a couple of hours or so. But you’ll still usually get an answer – or even your loan – on the same day. We’re quite proud that our record from starting up the application to having funds in the customer’s account is three minutes and 26 seconds.

"There were no good solutions when it came to lending for SMEs."

What is the direction of travel for in your view for SME services? It’s notoriously hard to get SMEs to change their habits.

The issue we face is that there were no good solutions when it came to lending for SMEs. Xero went from nothing to half a million customers in the UK in less than a decade. Now, arguably accounting software is very sticky because once you have migrated to a new package, the overall running cost is relatively limited, but the cost and effort of changing packages is much higher, so they’re very sticky by design. But they came into the market with a product that was superior to the competition, and so they managed to take a substantial market share in the SME space.

So, my take on this is that the reason habits are hard to change for SMEs is because there’s never been a good enough offer on the table. We want people to adopt our product naturally because it’s a more relevant and useful product. We’ve already seen this in the consumer space: the neo-banks have a big installed base now, and people really use and respect some of their services. So, if you come in with a superior product, then people are going to adopt it.

How do you keep lending viable and insulate yourselves complexity at a time when the world is changing around us all and life is inherently unpredictable for many businesses?

Our track record helps, the wealth of our data is another key factor, but we haven’t yet mentioned granularity. We have tens of thousands of customers at any point in time, so we do see a lot of through-put and we sign up thousands of new customers every month. Our job is to maintain our risk assessments as accurately as possible and use the flows of data we receive from customers to understand the science in a way that shows where potential weaknesses can appear in parts of the economy. We need to keep on top of that, and I think we’re benefiting from a very granular and rich flow of new businesses coming our way. That depth helps us understand our customers better than any traditional finance provider.

What’s next for iwoca? What’s the roadmap?

We’ve built a three to five-year roadmap, which includes launching iwocaPay, a point-of-sale (POS) finance solution; and also a non-personal guarantee product. We’re also very keen on building deep integration with Xero because that will allow us to give access to finance to half a million SMEs directly via their own Xero app.

Finally, there’s OpenLending (extending the iwoca platform to other brands), because that will allow us to spread our technology and enrich more SMEs. If we can pull that off in the next three to five years, I think we’ll be in a very happy place.