Hub Vélo – getting the cash to buy new stock

iwoca customers Mike Mooney and Gary Boyd gave up their careers in favour of starting their own venture – a bespoke cycling shop in the heart of East London.

Whether it’s racing them, fixing them or just talking about them, bikes have always been Mike Mooney’s passion. It was this shared love of cycling that united Mike (pictured above giving a Q&A at iwoca HQ) with ex-headteacher Gary Boyd, and motivated them to open their very own cycling shop – Hub Vélo.

“There’s nobody working in the shop who you can’t cut and bikes come out. That’s what you’ve got to be for people to believe that you’re passionate about what you do,” says Mike. “Bikes have always been in my blood and my partner Gary is exactly the same.”

“We started off as a very small workshop around seven years ago in Hackney. There were no other bike shops near us at the time and while we knew the high street was a hard market to crack we thought we’d give it a go.”

Leaving a successful career in the music industry behind, Mike opened Hub Vélo in 2013, expanding into the shop next door after four years to meet the increasing demand for their services.

iwoca helped Mike grow his business by allowing him to:

“We had an opportunity to stock a unique bike brand that nobody else in the country was selling,” says Mike. “We had to get an enormous amount of cash together to buy the bikes, store them and then start selling them. We just needed a small pot of cash to get us to the next step, that was what was holding us back. Getting funding from iwoca was a big step for us but it made a massive difference.”

“Because our business was quite new and we weren’t turning over a massive amount of money, the banks really weren’t interested. It was so frustrating. We wanted to show them what we were building but for them it was very black and white.”

With the likes of Wiggle and Evans Cycles dominating the online cycling market, it’s a difficult time to run an independent high street bike shop. Mike knew that if he was to be successful he would need to provide his customers with a unique experience.

“In the shop, we wanted to make things a bit different rather than selling the bigger brands that everyone knows. This can be a bit challenging because we have to educate people about why those smaller brands are so good and why we’ve chosen to stock them – some people can take some convincing.”

“We’ve also got our cycling club which used to just be me and Gary. It now has almost 180 members – we do regular rides and also promote quite a few bike races. We started doing holidays last year which were really successful so we’re going to do more holidays this year. Last year was France and the Alps, this year was Spain and the Pyrenees. 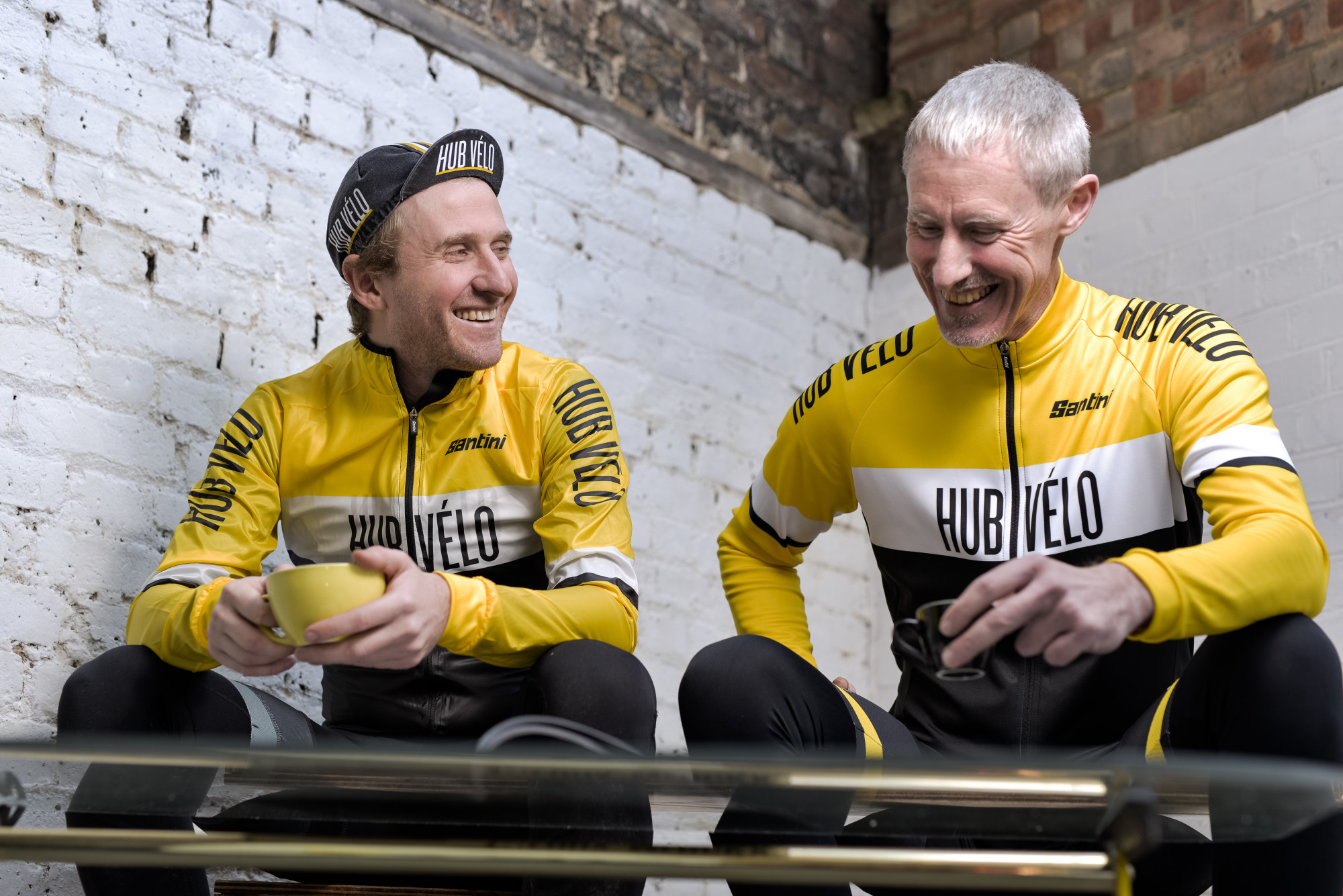 Mike and Gary provide their customers with a personalised service that the bigger brands just can’t match – for them that’s what it’s all about.

“We’re very involved with customers when they come into the shop and we don’t let them go until we know that they’re happy,” says Mike. “You have to be malleable, flexible and understanding of people but ultimately when you’re selling your passion it’s an easy sell.”