'Faster than Farah': iwoca takes over 12% of all UK small business overdraft approvals

The latest UK Finance data of small business overdraft approvals has revealed iwoca's market share has grown, as we overtake Santander and HSBC for the first time.

According to 2018 data provided by UK Finance, 31,685 overdraft facilities were approved for small businesses, while we approved 3,802 credit facilities. The number of our new credit facility approvals now stands at 12 percent of all new business overdrafts approved in the UK.

Out of the banks analysed using the latest quarterly data, Santander (9 percent), has the smallest share, followed by HSBC (11 percent), Barclays (15 percent), Lloyds (20 percent), and RBS (30 percent). UK Finance data also reveals that the number of overdraft facilities offered by the banks to small businesses has reduced by 50 percent since 2011. 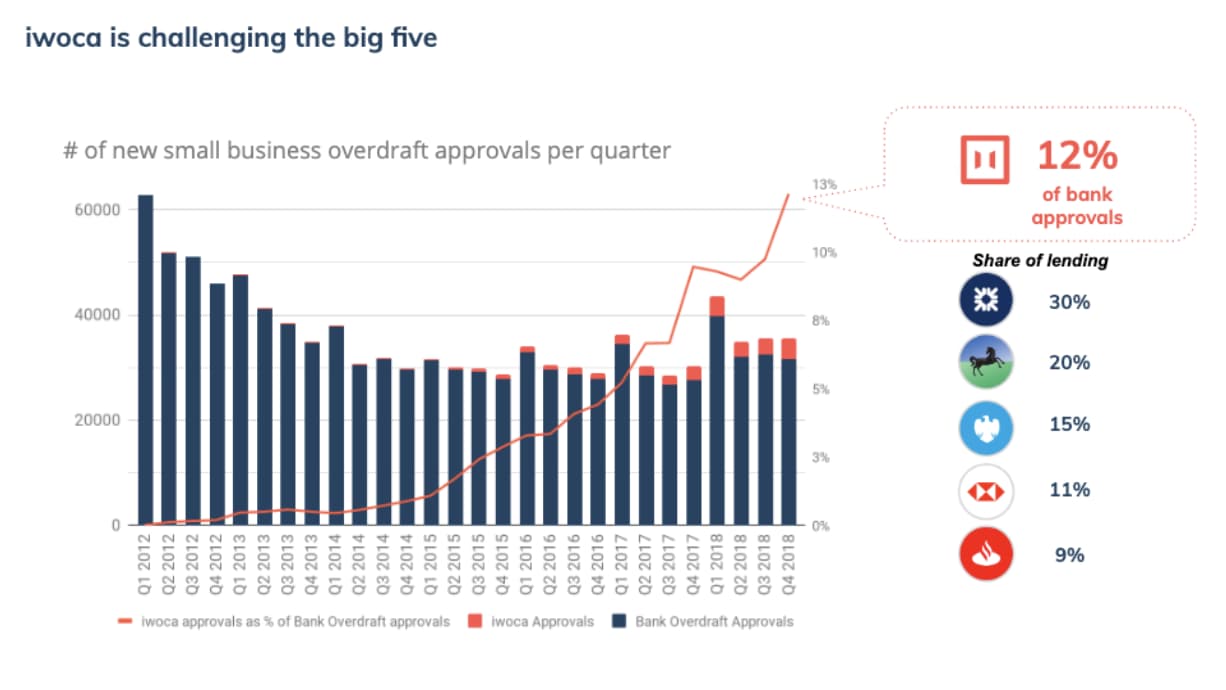 The regional UK Finance data shows the volume of credit facilities we approved was 19 percent in London, and 15 percent in the North West and South East. 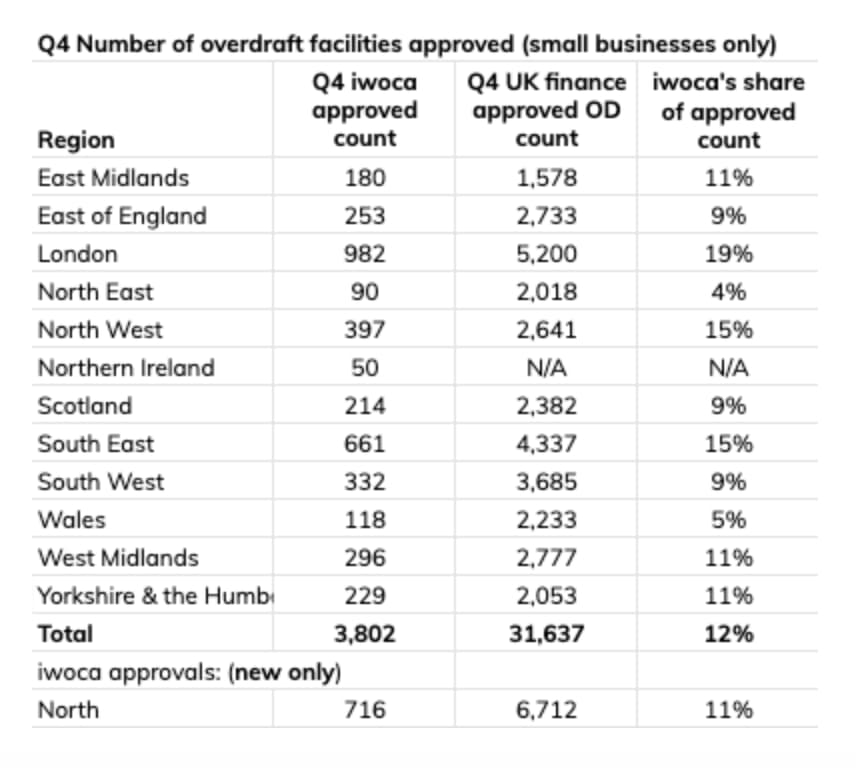 Our credit facility approvals added up to over £13.3 million across a combination of the North West, North East and Yorkshire & the Humber. This some way off our quarterly contribution in London at £18.6 million (24 percent market share), but ahead of the West Midlands £6.6 million (12 percent) and the South West with £7.4 million (11 percent).

In March last year, we pledged to lend £100 million to small businesses in the North of England by 2020. This pledge was to address the lack of funding available for small businesses from banks across key northern towns and cities, with 700 branch closures combined across the North West and Yorkshire and the Humber in the past three years.

Our CEO Christoph Rieche said: “We are a challenger to the banks, and our challenge has been successful. We founded iwoca to help small businesses get the finance they need by filling the gap left by high street banks. The fact that we have grown so rapidly and overtaken two of the high street banks so quickly shows how badly small businesses have been served - until now.

“We’ve built a unique digital platform so small businesses can get the funds they need, when they need them. Our personal best is 3 minutes and 26 seconds from starting an application to money in the bank. That’s an experience the banks can’t match.

“Our technology innovation and excellent service will enable us to fulfill our mission - to fund one million small businesses.”

John Mcrae, Director at Lexx Ltd, manages a group of abseiling technicians whose job it is to inspect and instal electrical equipment on oil rigs in the North Sea: “Due to the late payment of invoices into the company I have used iwoca on several occasions for short term loans. Prior to using iwoca it has always been a bit of a chew using the bank for a quick no nonsense loan. I've found peace of mind knowing that in the future, on the occasions when VAT, rent and other outgoings need to be paid I can, if needed, with a few clicks draw-down available funds to service these necessary payments.”