When it comes to committing to a new venture, our findings prove that making money isn’t everything. So, what are the leading motivations to going alone?

People start new enterprises for all sorts of reasons, but money isn't the top priority for the majority of small business owners. Those are the findings from our latest research project, which asked UK founders why they decided to launch their businesses.

The poll of 1,000 small business owners carried out by One Poll on behalf of iwoca revealed that instead of financial gain, the most popular reason to start a small business was to “work for myself”, with 69% of those surveyed backing the benefits of self-employment. The second most popular reason was “so that I can love what I do” at 31%, with to “spend more time with family” following at 23%.

Unsurprisingly, passion is a huge driving force when it comes to starting a new business. Scottish entrepreneur Rossie Stone, who is an iwoca customer and the founder of Dekko Comics, said in a recent interview that the best part of running his educational publishing company is that he gets to “do work that I’m passionate about.” He continued: “It’s work that means something to me and it’s worth getting out of bed in the morning for.”

The 10 most popular reasons for starting a business

Mark Wilson, another iwoca customer and the founder of coffee marketplace Blendly also launched his business to love what he does. “I set the company up in Perthshire after a career as a project manager,” he told us in a recent interview. “I had been roasting coffee on the side and it was a major passion for me, so I decided to scale up and take on the web.”

For Susan Fiander-Woodhouse of Blaenafon Cheddar Company, who's also used iwoca, it was a combination of a love of the job and a dislike for her boss. “I was a development chef for a big cheese company,” she told us earlier in the year. “I loved my role, working with all of Britain's major supermarkets and some of America’s. But my boss was a nightmare, and enough was enough. Like any good chef, we set up our own family business.”

The obstacles to running a business

The study also analysed how finance is used by the UK's small businesses, showing that many business owners feel underserved by the financial major institutions. Just 13% of those surveyed believed dealing with banks was “very easy” when accessing finance.

This echoes the experience of Tracy Sambrook, who runs SEB Brewing Services, an offshoot of Sambrook Brewery that manufactures and packages craft beverages. “I really believe that the business banking system in the UK is broken,” she told us. “They [banks] don’t want to lend to growth businesses – they see it as a risk.” 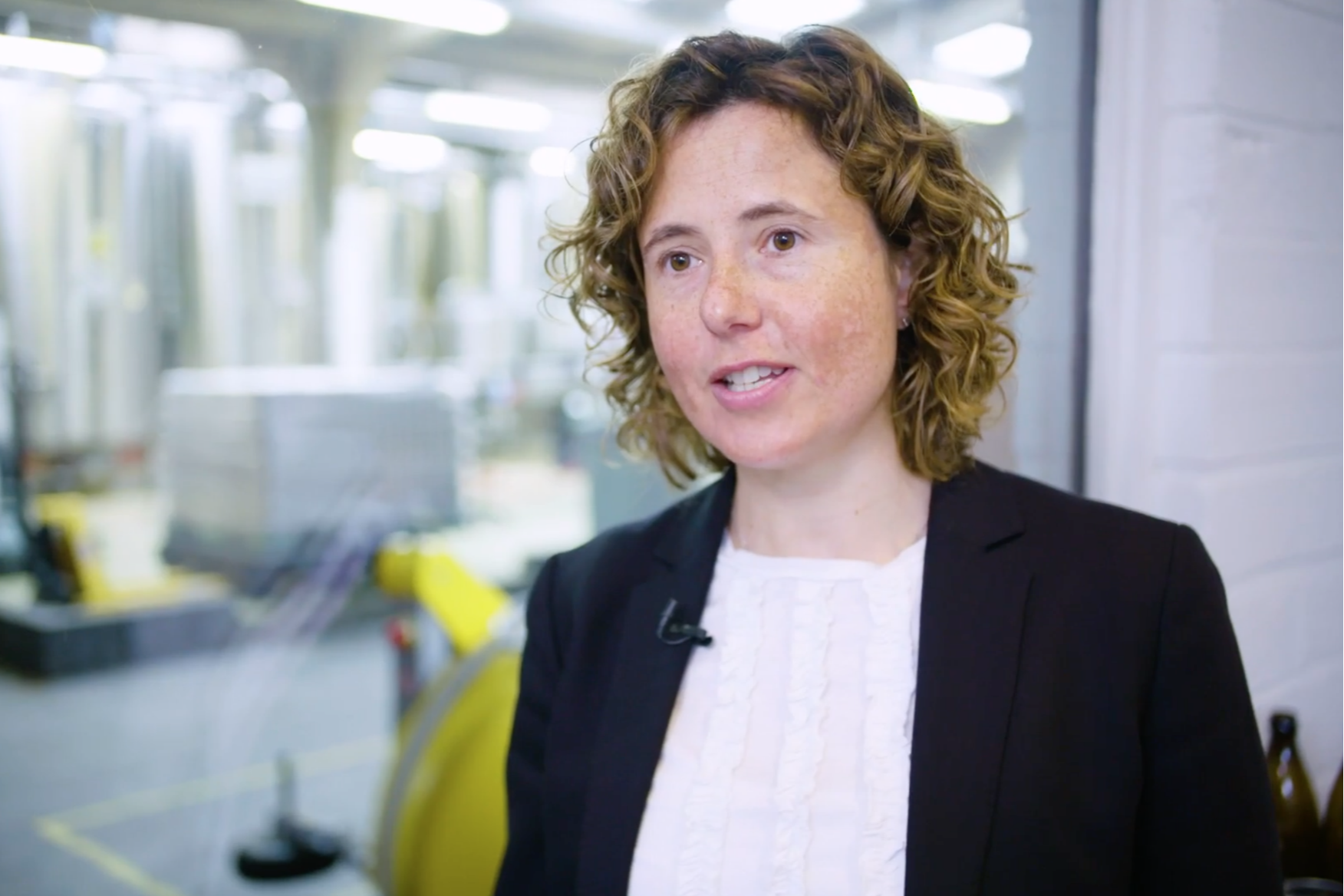 Despite such sentiments, half of the survey's respondents (50%) would be most likely to strike up a conversation with their bank when looking for finance. This was the route first taken by iwoca customer Tom Hyde, director of Brew Lab Coffee.

“We have a really good relationship with our bank,” he told us. “They wanted to help us out with the finance for [the café] and also for the longer-term cash flow implications”. However, Hyde found that “the bank moves really, really slowly and unfortunately as a small business your time scales aren’t always aligned with a big corporate body.”

Beyond the bank, 14% of survey respondents said they'd ask family for help with funding, with just 2% considering approaching a challenger bank.

How finance can help businesses flow

The research findings show that 30% of respondents agree with the statement that securing finance helps their business flow, by reducing anxiety and improving their personal wellbeing.

“It's important there are facilities like [iwoca's] out there for small businesses like ours, so that we can reach out when we need help with the cash flow situation,” Fiander-Woodhouse of Blaenafon Cheddar Company told us. “That's predominantly what we use iwoca for. It gives us quick access to funds when we have new products, when we need to invest in new marketing, labels, things like that. We can call on you while we're waiting for the cash flow to come in from the product launch, so it really helps.”

Having fast and seamless access to finance is crucial for many small businesses. Indeed, the biggest obstacles respondents identified as having to face when running a business were a “lack of finance” (21%) and “late invoice payments” (19%).

The worst thing about having cash-flow problems according to respondents is uncertainty and stress. iwoca aims to reduce that stress by providing finance that can help keep businesses flowing.

“Managing cash-flow is critical to many businesses, and this is something we’re solving with seamless and simpler access to finance,” says Seema Desai, chief operating officer at iwoca. “We are here to fill the gap left by the banks and give businesses the opportunity to move in the right direction, whatever the motivation.”