With Pride events kicking off across the capital, we visited some of the small businesses around London who are celebrating the Pride Jubilee, to find out what it means to them.

Pride in London is the non-profit organisation which runs the annual parade, supporting events and celebrations throughout June. This year's theme is the Pride Jubilee, marking the 50th anniversary of the Stonewall riots in New York. We drop in at their pop-up in Covent Garden, where they're selling Pride merch to deck everyone out for the parade on July 6th. 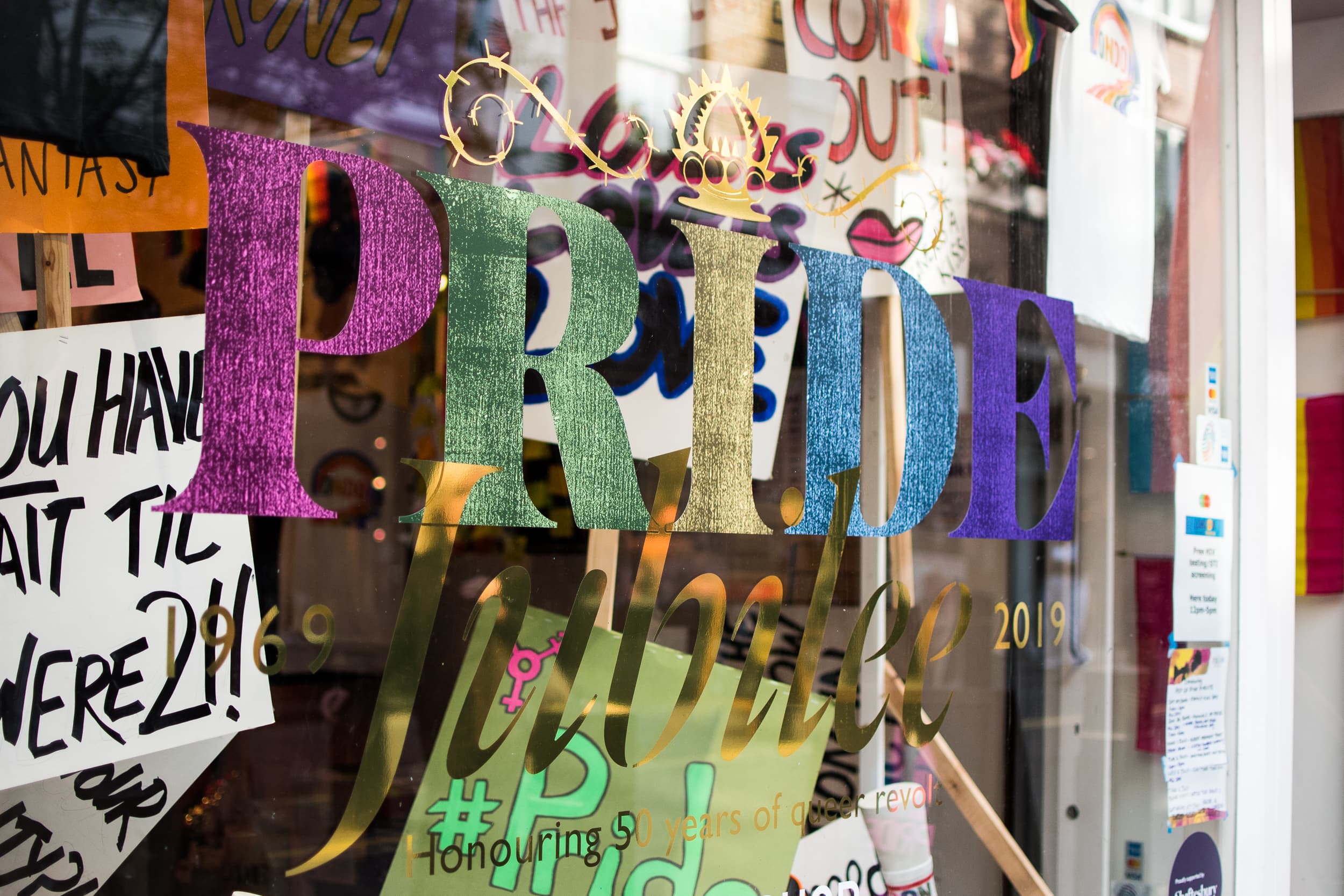 “We’re really excited to have such a fantastic space for our pop-up once again,” says Kieron Yates, head of retail and merchandising at Pride in London. “We’re looking forward to helping kit everyone out for Pride this year – with a great range of clothing, flags, badges and more for every community.” 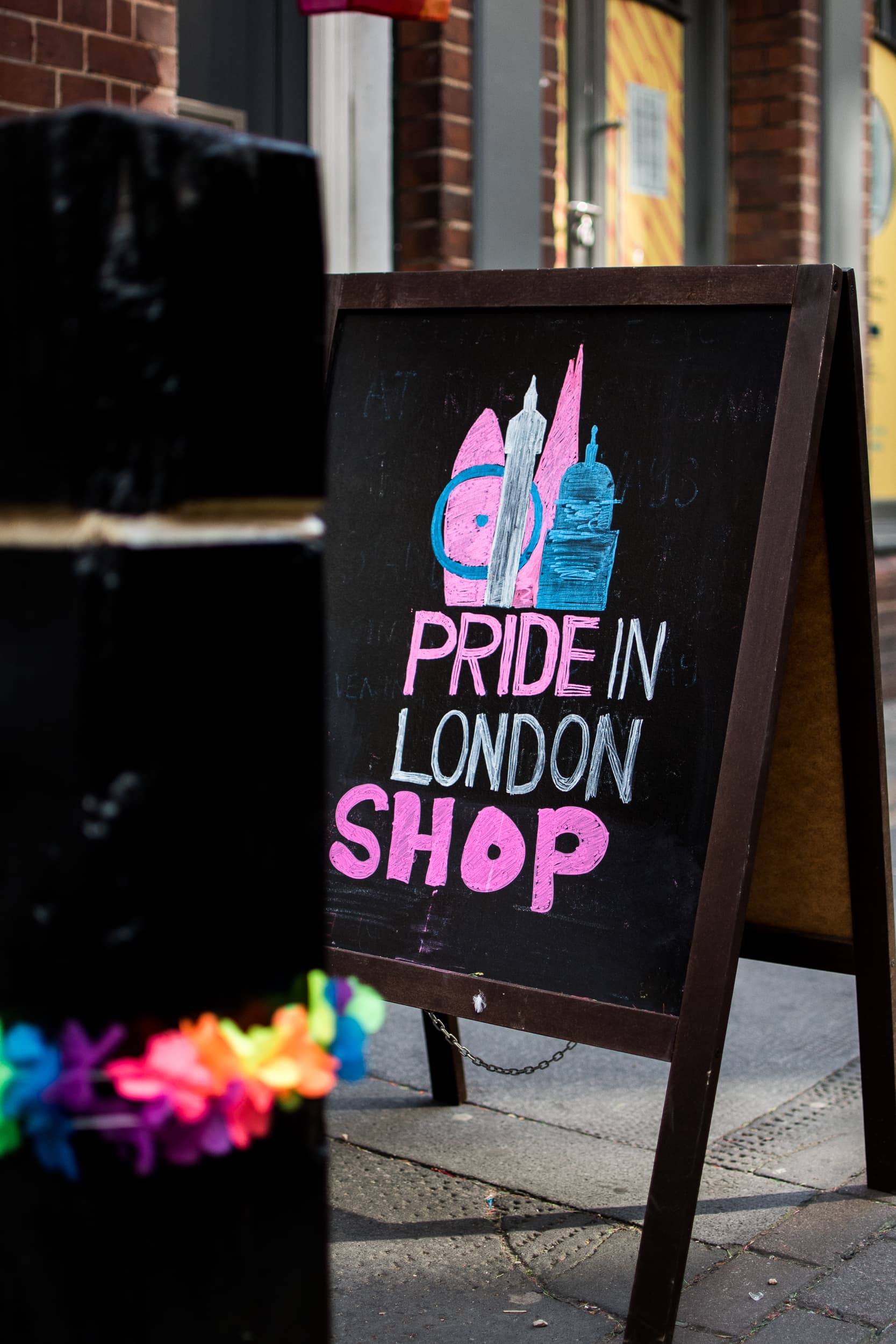 “The store serves as an incredibly important space for community groups,” says Yates. “We’re working on a fantastic programme of events curated by a wide variety of organisations, meaning there will be something for everyone.” 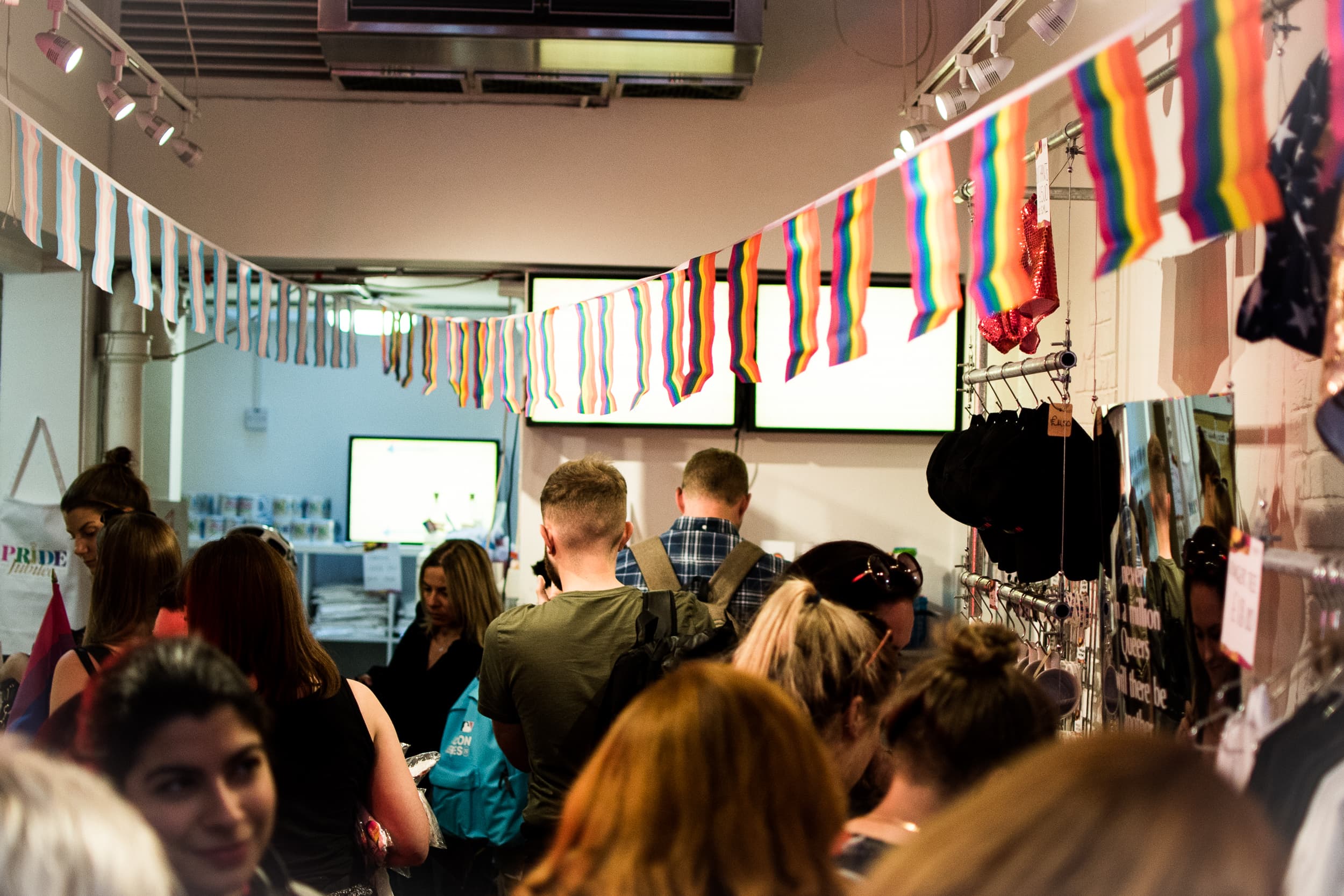 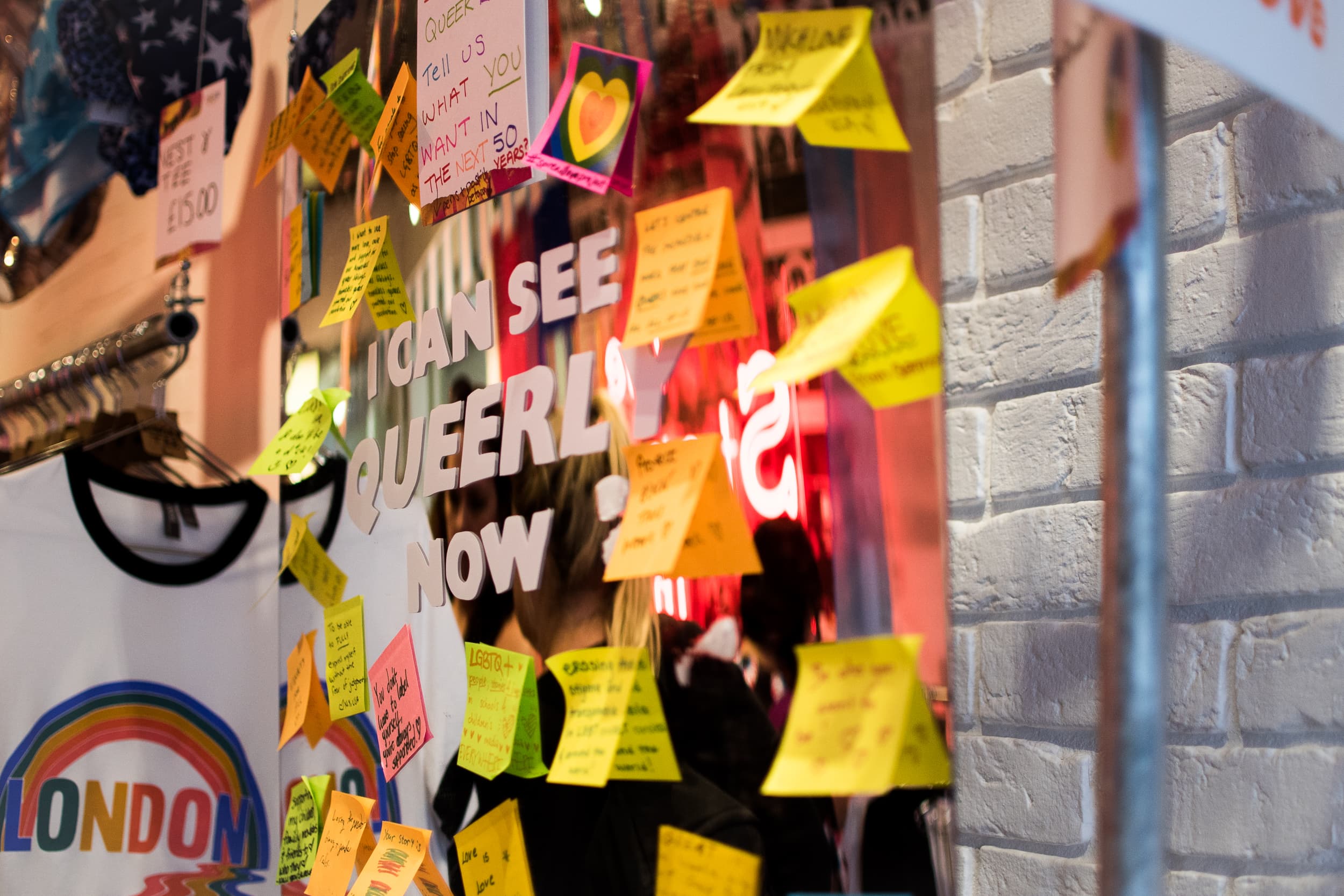 Across town we drop in at the Notting Hill Bookshop, which found fame as a key location in the 1999 Richard Curtis film. Since then, it's diversified its offering from stocking mainly travel guides, to selling all genres of books. 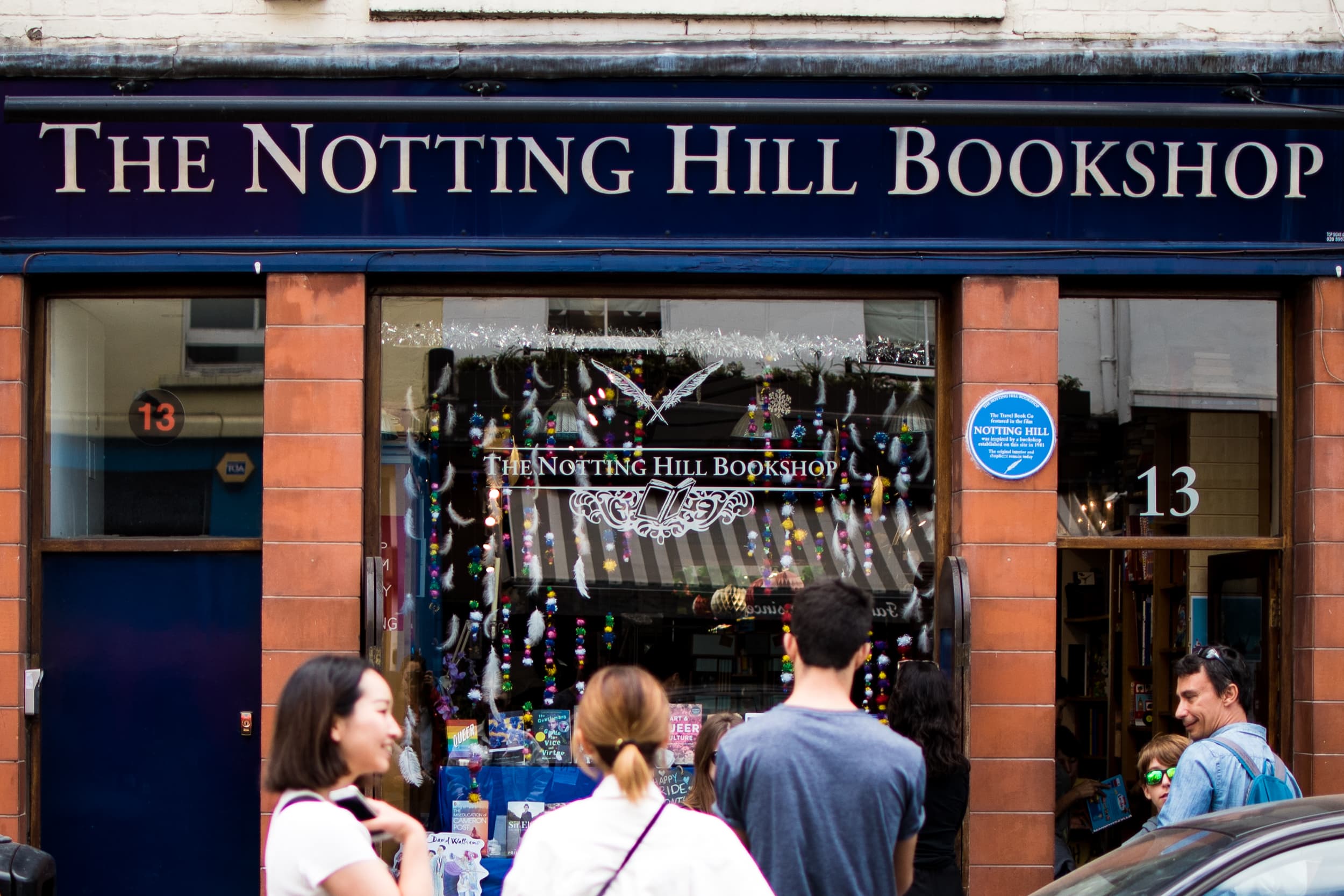 “We’ve always had LGBT people working at the shop, so we always do something for Pride,” says shop manager Olga Lewkowska. “Once you put these books in the window, and give them a special display, they sell. People become more aware of certain titles, they feel involved with the cause, and the visibility is really important. It’s really rewarding to see.” 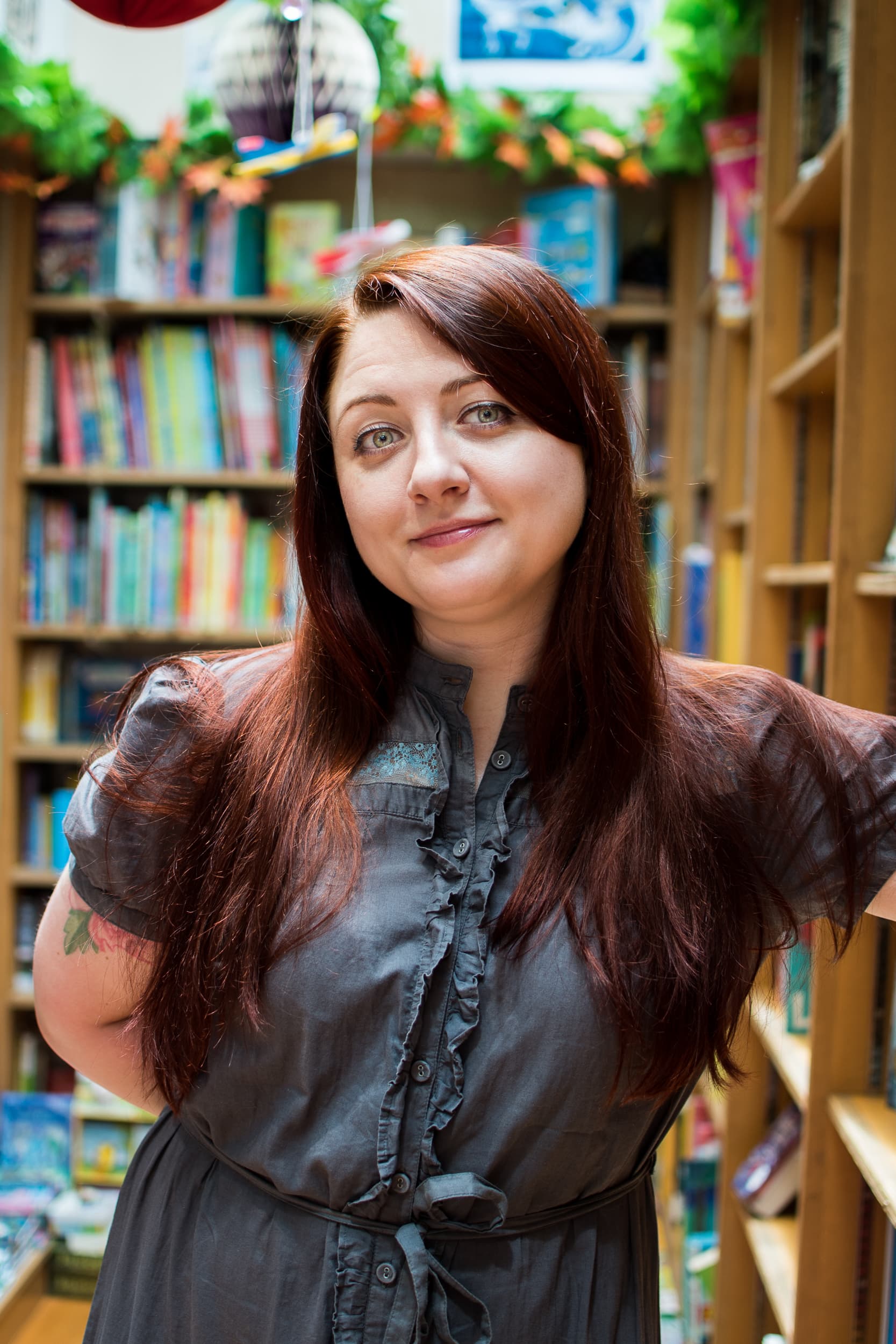 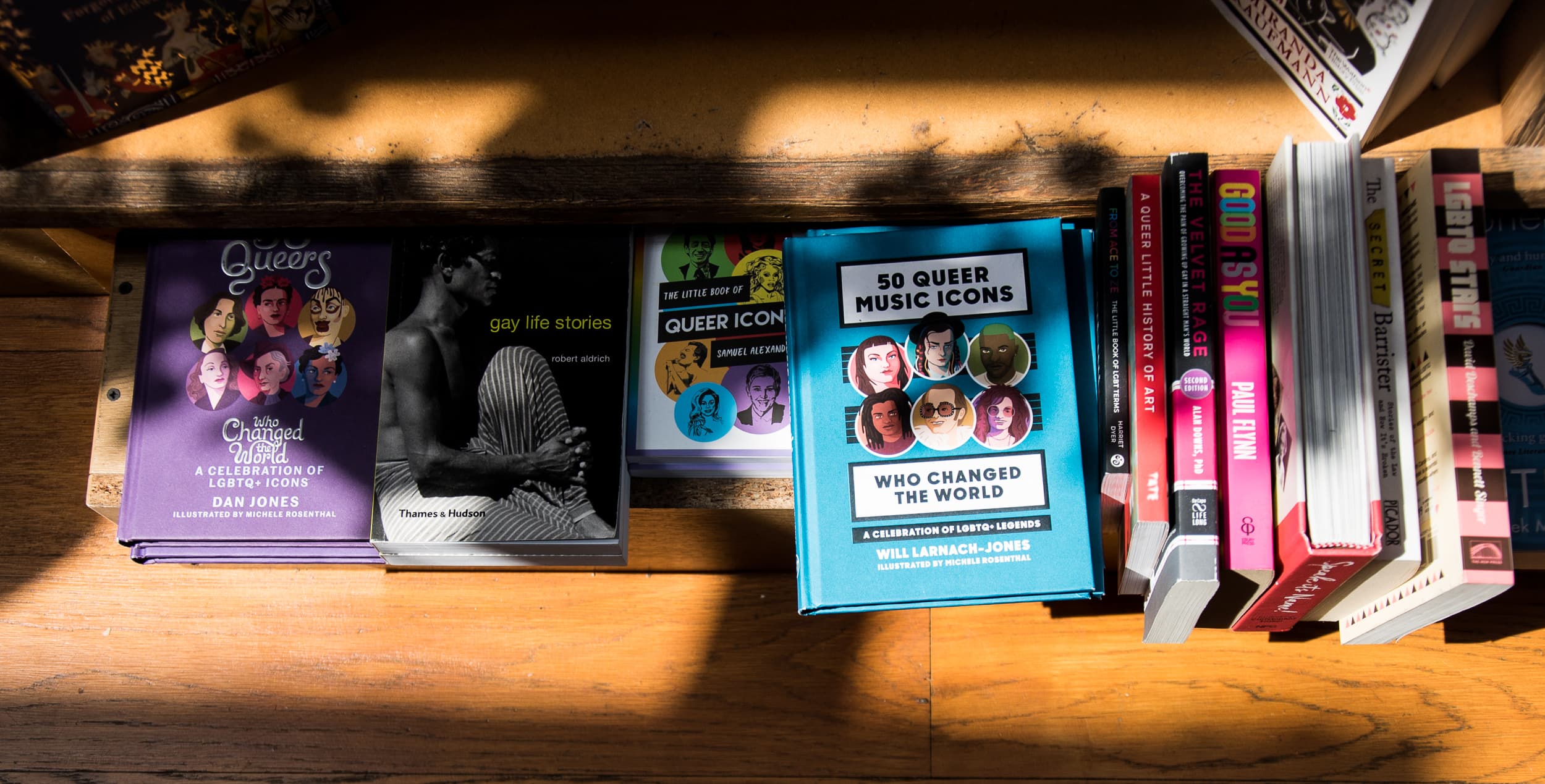 Some of the LGBT+ books on display at Notting Hill Bookshop

The House of MinaLima is a graphic design studio and exhibition space in Soho, founded by Eduardo Lima and Miraphora Mina. Their work includes graphic design for the Harry Potter film world. For Pride, MinaLima organised a project called We Accept!, which invites people from all backgrounds and sexualities to write their own letter of acceptance and support for the LGBT+ community. Lima, a proud member of the LGBT+ community, is hosting a We Accept! event on the day of the parade. 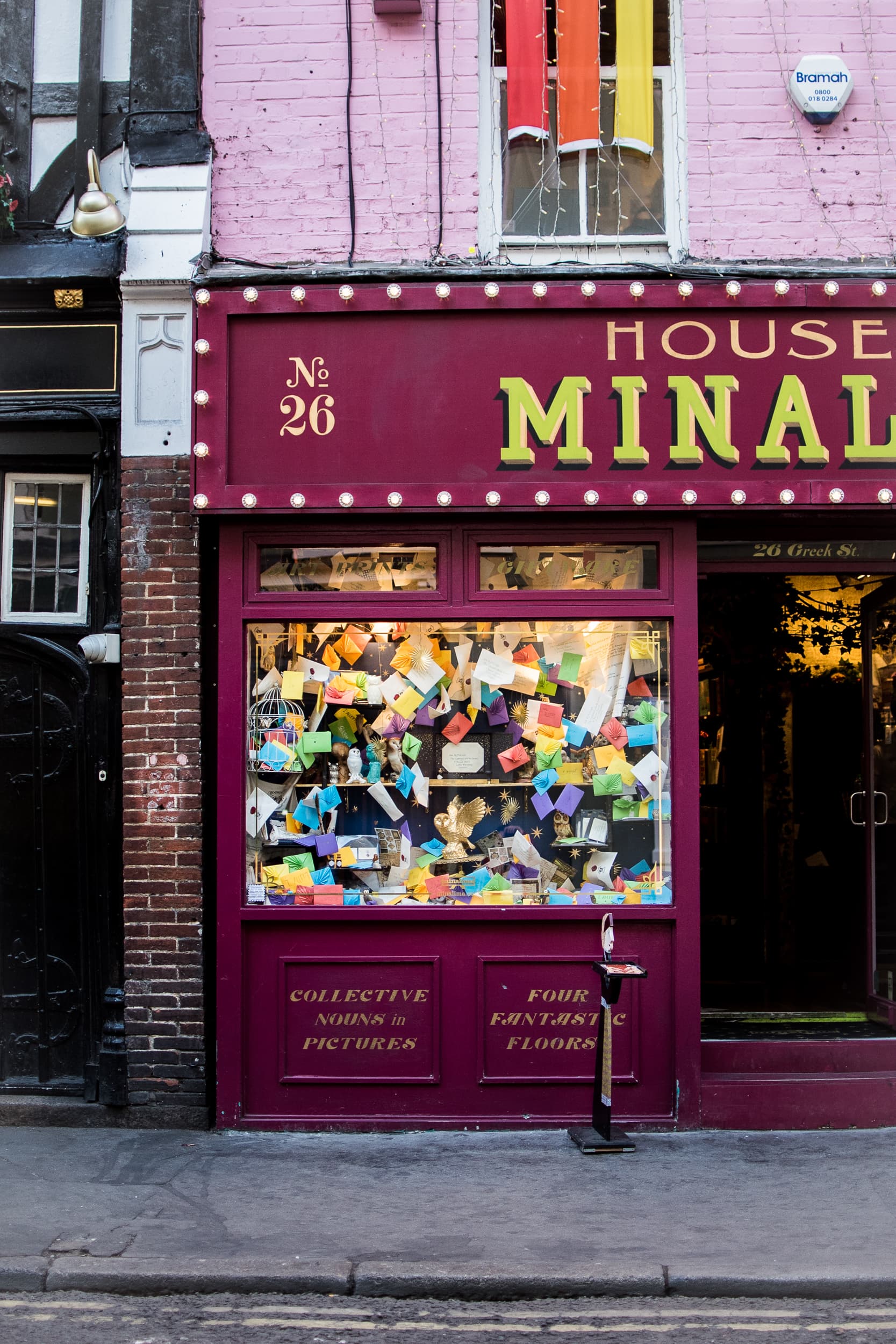 MinaLima's window featuring messages of support for the LGBT+ community 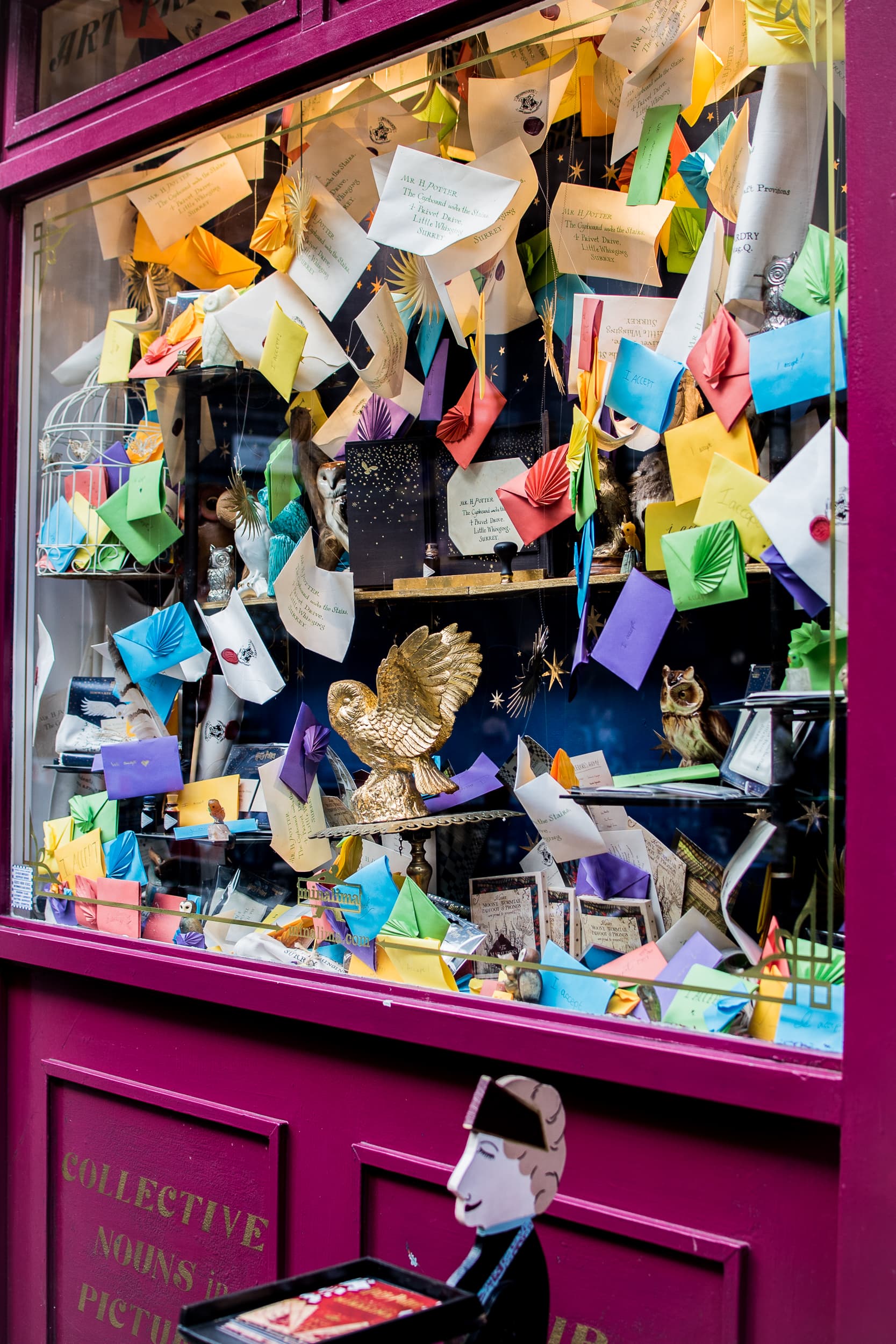 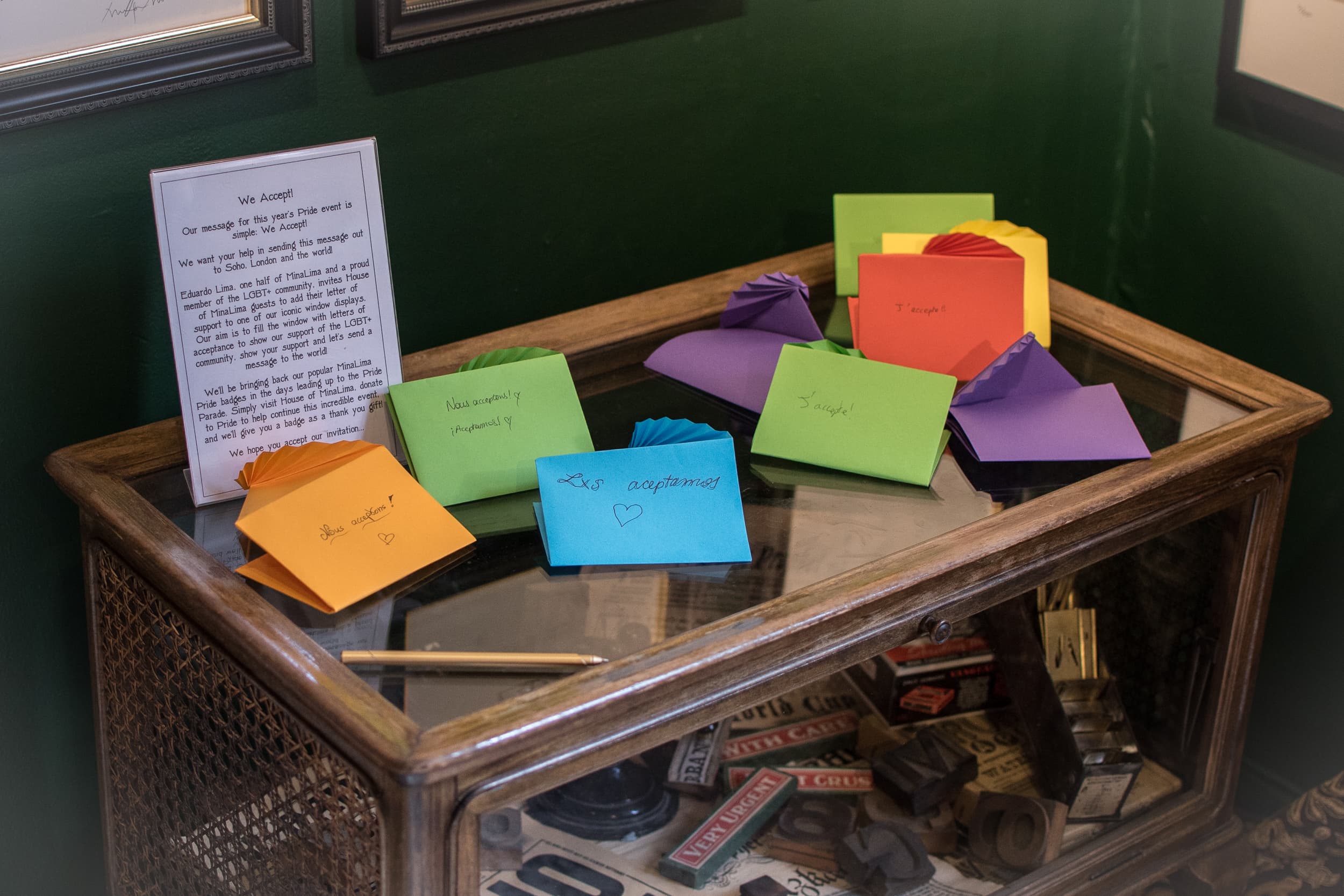 Rococo Chocolates on Seven Dials in Covent Garden was flying the Pride flag, and also asking customers to leave messages of love on a themed blackboard. 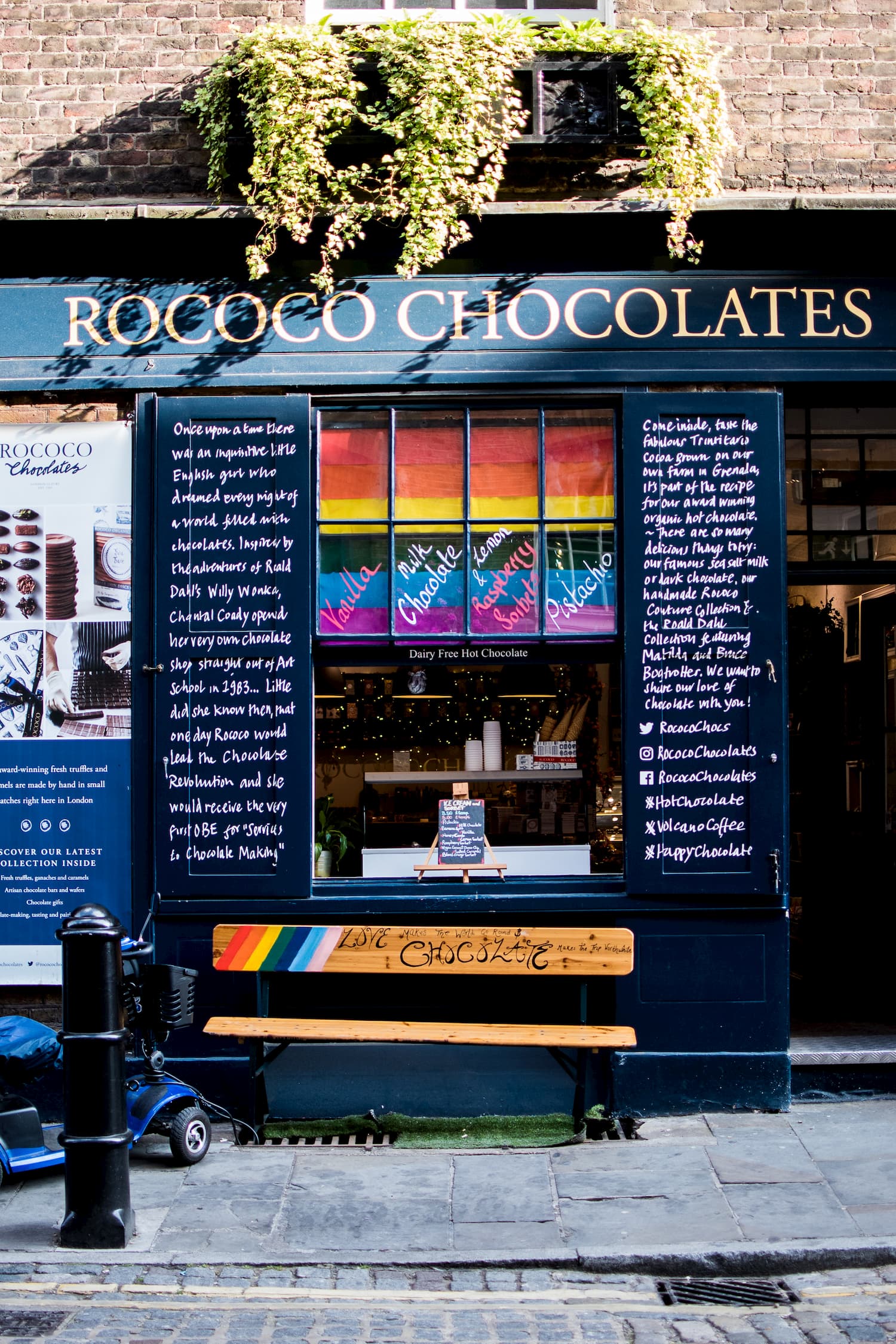 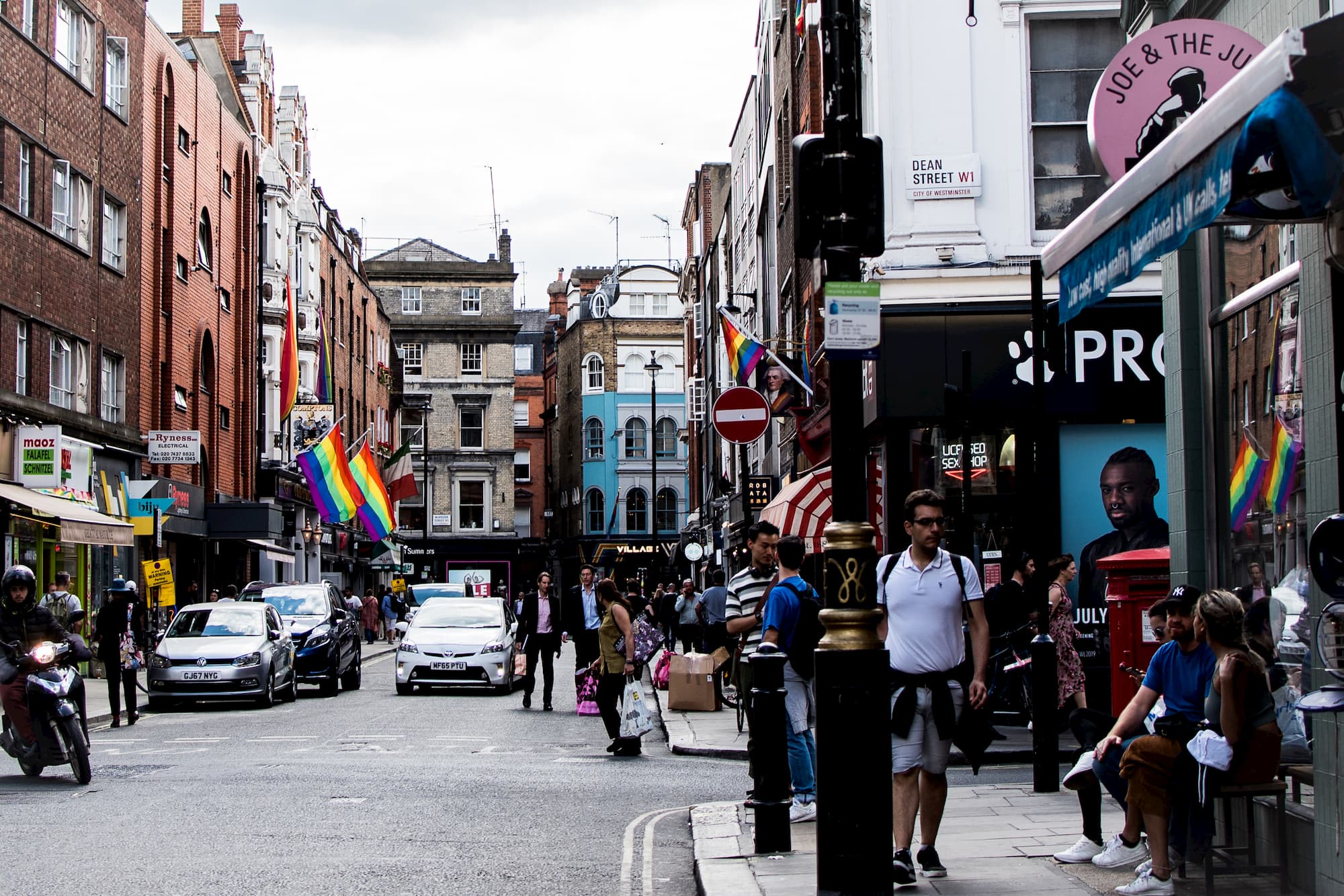 Pride in London culminates with the Pride parade on Saturday 6th July.

Vic Gawlik writes articles, tweets and the 9 to when? newsletter. 9 to when? brings news and views from the world of small business straight to your inbox.