‘What we do transforms the world’ – the refugee recruitment agency

Recognising that refugees coming into the UK were often highly skilled, young entrepreneur Mursal Hedayat created a business named Chatterbox that helped them to find work in their new home country.

Like many an entrepreneur with a great idea before her, Mursal Hedayat vividly recalls the days she spent anxiously scouring her inbox in the hope of landing her first big break. What the young businesswoman needed was someone who would put their faith into her new venture, proving to her that she hadn’t stepped away from an appealing foray into the post-grad corporate world for nothing.

She waited, convinced that sooner or later, someone else would agree that her idea was a winner – bringing refugees into the workplace by hiring them for translation work, language tuition and content creation in their native tongue. The head of languages at London’s SOAS University was the white knight who sent her that all-important, life-changing email.

It was the first of many punch-the-air moments for Mursal and her new company Chatterbox, and it came just three months after launching.

“I really needed someone to help us test drive our first product,” she says. “It was a conversational language service employing refugees to practice the skills of university students online and in person. I’d sent out so many emails, but Professor Lutz Marten at SOAS was the first person who really believed in the idea and worked with me to make it a reality. Those first few people who give you your big break are just as important as the person who started with the idea, and you never forget them.”

Mursal came up with what would become Chatterbox when the world’s media picked up on the plight of the vast number of migrants trying to cross Europe in 2015. It was a topic very close to her heart: she herself is a refugee, having left Afghanistan with her parents when she was a child.

“I was very keen to help with a problem that I knew very well, which was the underemployment of refugees,” she says. “The real issue was the large number of people with professional backgrounds and degrees who had become refugees and were subsequently underused and marginalised in the labour market – and even exploited in some cases. I wanted to create a pathway for them to reclaim their professional identities.”

While many people 'got' the idea and could see its obvious merits, Chatterbox wasn’t picked up for funding by the postgrad incubator programme at which it was founded. Undeterred, Mursal started on her email campaign to UK universities; SOAS opened the floodgates, and more universities quickly followed suit.

Today, Chatterbox works with the Universities of Edinburgh, Westminster, Durham and Georgetown (in Washington D.C.) among others. The hard part initially, says its founder, was to keep all the plates spinning at once.

“I think it is very easy to lose momentum by not capitalising on opportunities that come – and they usually come thick and fast if you’re doing something well,” says Mursal. “Some of the biggest hurdles we faced were growing the team and growing our capacity to capture all the new opportunities as fast as they were coming.”

When you’re in the B2B space, Mursal says that contracts convert at a much slower rate than when in the B2C sector – "You need to put in a lot of work to win them and then also to start delivering them before you get any cash in the bank,” she says. Managing those cash flow issues was something that she had to get to grips with quickly. 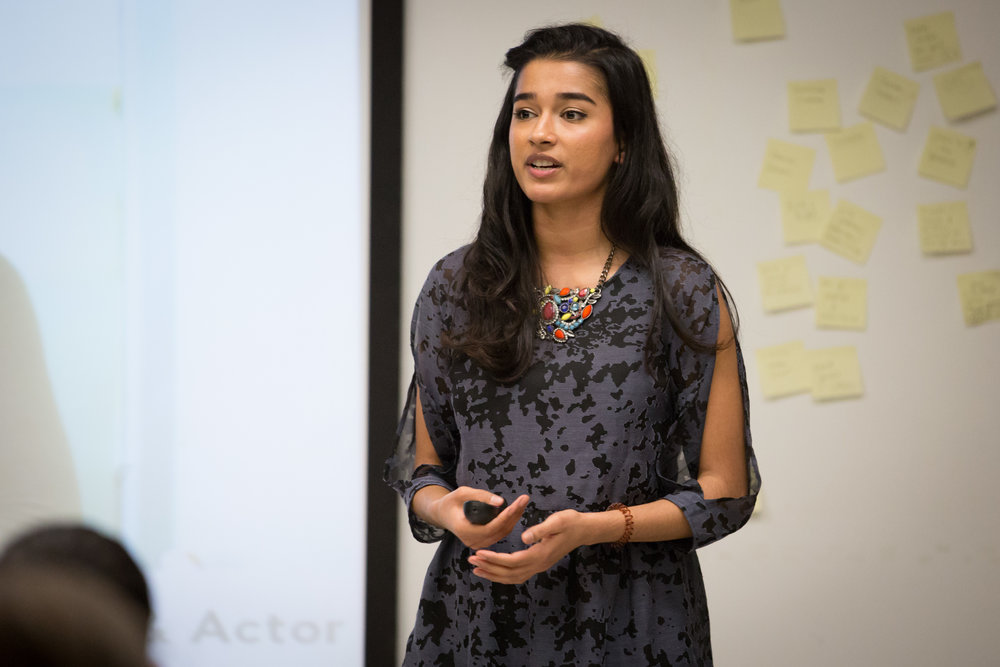 A business that transforms the world

Five years after founding Chatterbox, its founder says it is still the only scalable and CSR-aligned (Corporate Social Responsibility) language services provider in the world.

Also, says Mursal, it has a distinct advantage over its rivals: “Not only are we able to deliver a top-quality service at a much better price point than our competitors,” she says, “but what we do also genuinely transforms the world.”

Mursal cites the case of one former employee who had previously worked as a lawyer in Sudan, where she ran a successful practice.

“Her job in Sudan was to help women to understand and fight for their rights, but unfortunately she attracted the attention of some people who perhaps didn’t want women to know about their rights and she had death threats,” says Mursal. The lawyer fled the country and arrived in the UK as a refugee, but because of the lack of opportunities for people like her in the system, she ended up being housed by a homeless charity in London. Then she started working for Chatterbox.

“Three months later she had an opportunity to gain an internship with one of her language students, who was also a lawyer,” says Mursal. “This led to her being offered a job, which we were happy to provide a reference for, and she took up the post. It’s really rewarding for us to think we had a helping hand in getting her there.”

Mursal has now led Chatterbox through several rounds of funding and hopes to raise more investment soon so that Chatterbox and its workers can reach an ever-wider audience. However, she says, business founders should never forget to make the most of their pre-finance days.

“You have no outgoings yet so you don’t need any incoming finances either,” says Mursal. “Use that creative energy that comes from not having any liabilities to really test out radical ideas and to spend as much time as possible in that phase when you’re not having to spend money on product development or staff costs.”

This period is also a golden chance, she adds, to broaden your mind. “Learn as much as you can,” says Mursal. “Sometimes people can start looking for a solution without really understanding the problem, so talk to the experts in the space, look at what’s already out there and find out where your niche is."

"A recent article in the Harvard Business Review said that one of the most important sources of knowledge is ‘network intelligence’, so it’s not just about what you know, success in business has a lot to do with what you can learn from others too.”

‘I’ll just do it myself’ – how a London couple launched a cycling brand
Ingenious eating – ‘If it's a good idea, it's going to work’
‘Making tissue from bamboo? I never would have come up with that’
‘We had to throw away 35,000 litres of iced coffee’