It’s a bad day in the office when you have to pour a swimming pool-sized supply of your product down the drain, but for Jimmy’s Iced Coffee founders Suze Owen and Jim Cregan it was a rare slip on a pretty faultless journey.

In this series, we ask businesses around the UK about their founding journey – uncovering the great ideas, the difficult moments and the harsh realities that have helped define these ambitious enterprises.

If you’re an SME founder and the gods of business are on your side, there may come a day when you’re able to tell people a story a little like this one, told by Suze Owen. She co-founded drinks brand Jimmy’s Iced Coffee with her brother, Jim, just under a decade ago.

“Jim and I were only saying the other day: ‘When did it change?’ When did it stop being that we would get up at 2am, drive to Somerset, pick the stock up from this massive fridge, drive to London, get back to the office at eight in the morning, do a full day's work until about 10pm, grab a pint, then go home and hit the sack? These days, I can be at home when I want to, I can do my yoga in the morning or be down at the beach. When did that happen? Because it's crazy.”

What Suze is describing, of course, is that magical thing called work/life balance, which comes when you’re a business owner who's been blessed with that rare commodity: success. Naturally, though, the Jimmy's founders have endured a few bumps in the road to get there.

“Those first few years, it was really hard,” says Suze. “I remember being in the office trying to get orders and invoices in and faxing Waitrose, as you did in those days, and Jim was out on the road trying to muscle his way into somewhere. I remember ringing him and saying, ‘Do not put more than 26 quid in the petrol tank!’ because that’s all we had in the bank. It was really, really tight.” 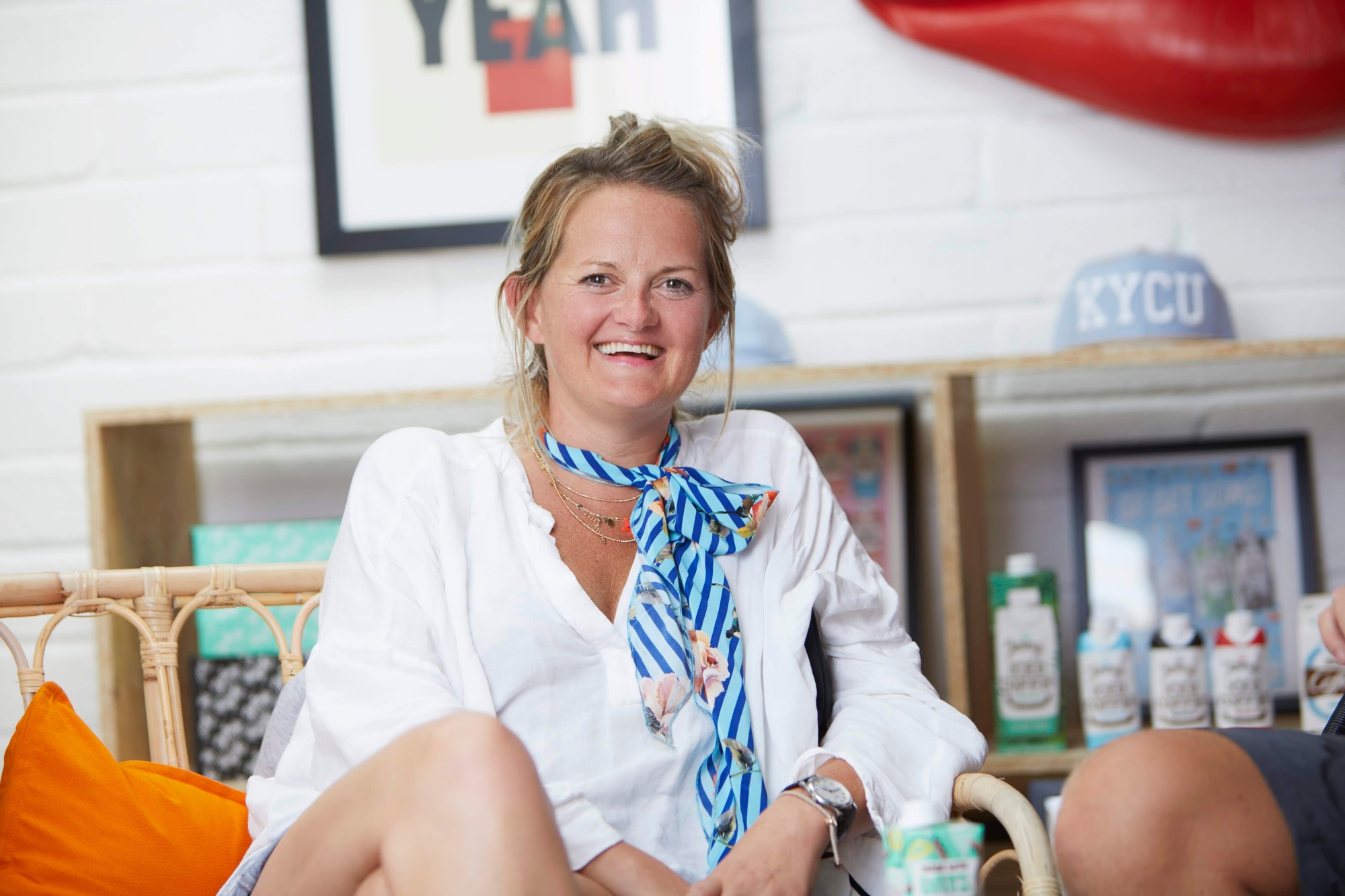 At the end of their first year of trading, Jim and Suze had turned over £45,000 – a relative success for a start-up in anyone’s books. In 2019 however, they can now turn over £45,000 in a single day. To say that Jimmy’s Iced Coffee has been a success, would be an understatement.

The siblings’ business story really begins when Jim returned to the UK after five months travelling around Australia, during this time he first tasted iced coffee – and fell in love with it. Suze, a former police officer, was running a smoothie bar and café in Dorset. While she was familiar with the drink that had beguiled her brother, she says she had never had that “standing-in-the-sun-glugging-liquid-gold moment,” which had left him wanting more.

Soon after, so the tales goes, following a long shift as a labourer Jim turned to his sister and said: “Your coffee shop is getting more and more expensive to run, I can't be labouring anymore, and I need my liquid gold. Let's make iced coffee ourselves – because it just isn't available here.”

His call to arms worked. “I’ve always loved him to bits, and I could hear this desperation in his voice when he said, ‘We’ve got to make this,’” says Suze. She put her café up for sale that day, and four months later they had their first drink on sale in Selfridges. 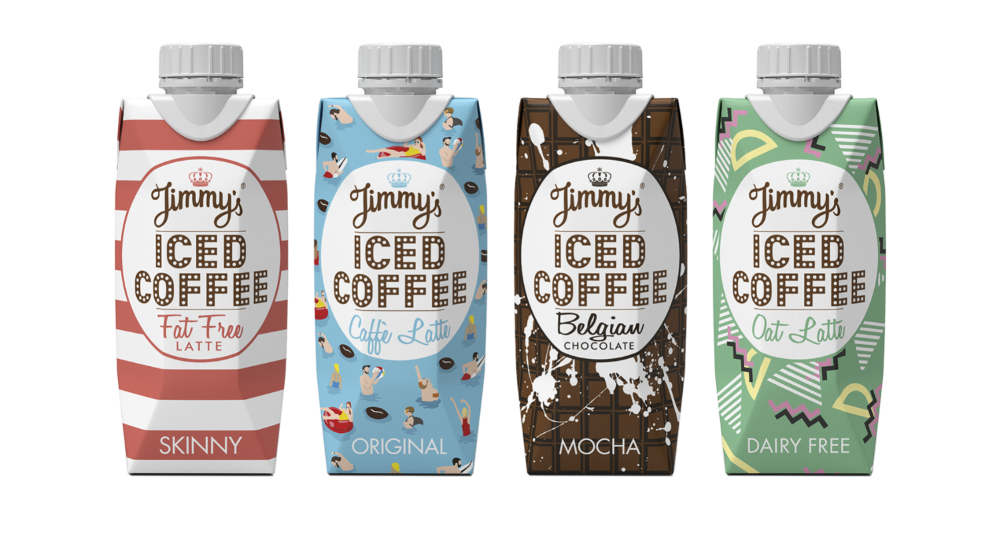 A carton too far

Bubbling with optimism about their new venture – a 330ml carton of iced coffee – the founders quickly decided to add a much larger, one-litre version of their drink so that people could take it home, as opposed to downing it in one go.

It was a disaster.

“Back then, awareness about iced coffee was much smaller,” says Suze. “Hardly anyone knew about it apart from about three visiting Australians, who loved it, but we needed about 66 million of them to make a success of the one-litre carton. No one wanted it, and we had to throw away 35,000 litres of it.”

It was heart-breaking, she says. They had to take the cartons to a local recycling centre where a sizeable digger and a mattress were used to mop up the iced coffee from the floor.

This was a low point, but continued success wasn't too far away.

“Launching in Selfridges was extremely exciting and very flattering,” says Suze. “But of course, you need volume. There are three Selfridges stores in the country, and that was never going to sustain the 23 members of staff we have now. Tesco was the big one and put us in a couple of thousand stores, which was fantastic.”

Interestingly, the business has never turned to investors for backing; the initial funding came from their parents, whose loan was repaid a couple of years after starting. Suze reckons that business owners who ask VCs and angels for huge sums to help with “vital” launch plans are sometimes making a mistake.

“You’ll end up giving yourself a decent salary, you’ll buy a better car than you need, and a year after taking £200k you’ll want the same again,” she says. “Having nothing means you work harder for everything – and it’s all so much more rewarding.”

“When you start, do not waste time looking over your shoulder and worrying,” she implores. “Because while you’re doing that you won’t be growing your business. Also, listen to people for advice. If you’re a food or drink product and people are saying it’s too sweet or whatever, don’t be so bloody-minded that you stick with it because you’re convinced everything you’re doing is right. You have to course-correct so that what you want and what your customers want are aligned.” 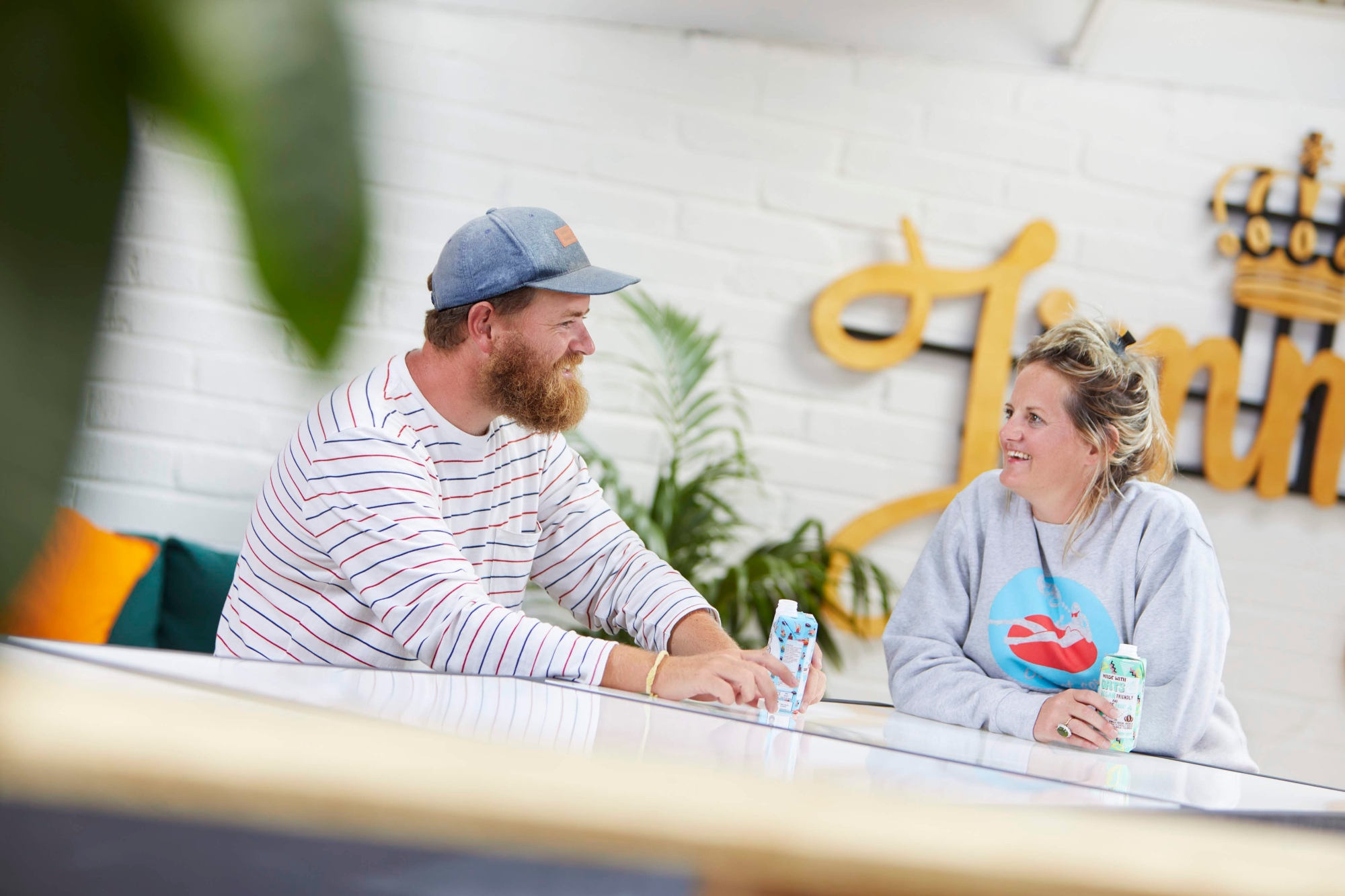 It’s a mindset that has helped steer Jimmy’s to glory – as well as being stocked all over the UK, the company’s drinks are sold in the Middle East, Sweden and Cyprus. Even the seemingly-doomed one-litre carton is (successfully) back in the shops, now with a much longer shelf-life.

For the time being, business is good. There are new drinks and some “innovative new packaging” in the pipeline, and Suze is enjoying passing on pearls of wisdom to fellow founders. Here's one: if you have ambitions of seeing your product in the nation’s supermarkets, it’s worth lowering your expectations about the wonderful relationship you hope to strike up with the buyer.

“Buyers at supermarkets are just so busy,” says Suze. “You’ll get maybe an hour with them every six months – if you’re lucky.”

Despite this, you might one day find Jimmy’s Iced Coffee in supermarkets all over the world – although Suze happily admits that if this happens, she probably won’t be running the company.

“We will sell this business at some point, purely because we would like to be in every fridge across the globe – and quite honestly, I don't have the energy to do that,” she says with a smile.