Emma McClelland felt most clothes for disabled people looked like scrubs – ‘functional but not fashionable’ – so she created an inclusive fashion brand.

“We have more clothing in stores for dogs than we do for people with disabilities,” Stephanie Thomas told a TED Talk audience in 2016. Emma McClelland watched, shocked, as the disability styling expert flicked through pictures of puppies dressed in coats while sharing her own difficulties of simply fastening a button as a congenital amputee – someone born without fully formed arms or hands. But it was what she said next about creating a solution to this problem that became a catalyst for McClelland to create inclusive fashion brand, Kintsugi.

“She said the best thing the fashion industry could do to be more inclusive is to not just design a separate offering but to actually change their design style to be more universal,” recalls McClelland.

The 31-year-old former journalist and content marketer decided to start looking at what clothes were on offer for disabled people. “They were basically kind of ugly. They looked like scrubs – functional but not fashionable,” she explains. Then she started chatting to people within the disabled community and realised not only how much demand there was for clothing that was both fashionable and practical, but also how simple it would be to create.

Clothes could be designed with accessibility in mind first by making small tweaks – removing an irritating care tag, using fastenings that catered for dexterity challenges or creating seams that didn’t sit at the pressure points for a person in a wheelchair – and iterated upon later. 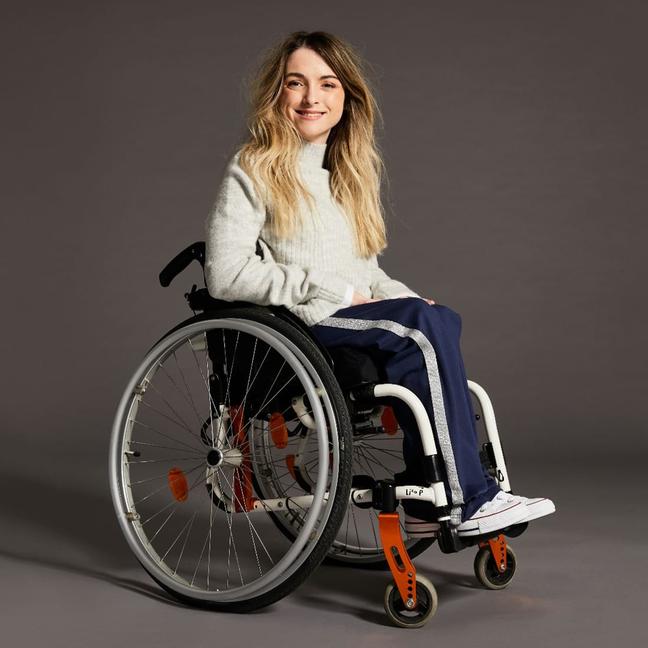 Kintsugi's Farley Joggers are designed to be comfortable for wheelchair users

McClelland started trying to juggle her full time job at a law firm and developing the idea for Kintsugi. But, when her boss rejected her request to go part time at the end of 2017, she quit with the intention that she could use her writing skills to go freelance. “I just went for it, because I felt like I wasn't getting far enough quick enough by splitting my time,” she says.

McClelland dedicated 2018 to working on Kintsugi’s first collection and, with her cash reserves getting tight, “got incredibly lucky” when another department at her old firm took her back as a contractor three days a week. “In terms of advising people to just jump ship I don't know whether I would, it's good to have something lined up,” she says.

Without any fashion experience, McClelland reached out to disabled community groups asking people what they wanted. She visited occupation health therapists, sent surveys out to disability sports and social groups, and posted requests to forums online. “I was speaking to as many people as I could and everyone was so forthcoming with suggestions,” she says. McClelland used these ideas to make “very rudimentary” annotated sketches. The first was a skirt that featured an elasticated back and sides and a velcro fastening to make it easy to take on and off. Two deep front pockets with an opening on the inside meant women with indwelling catheters could place the bag in the pocket and the tube could be pulled through the lining. She then partnered with a freelance designer who brought the sketches to life. 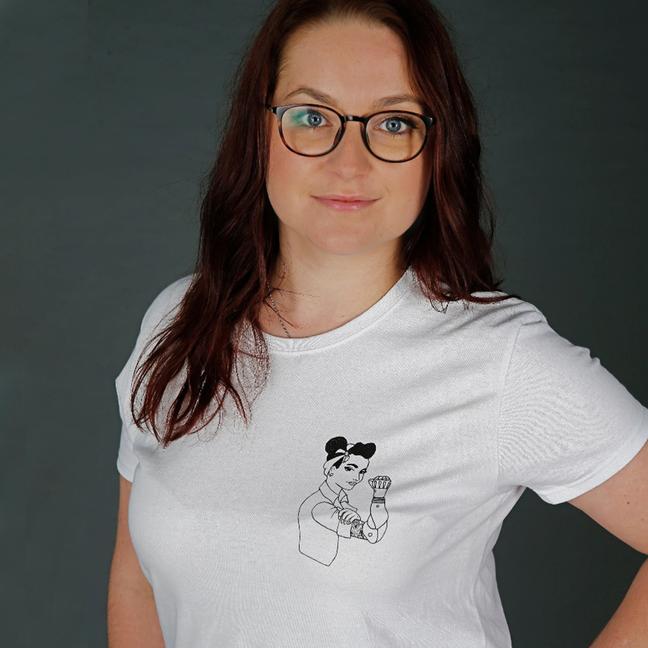 Coming up with a name, McClelland knew she didn’t want to follow other brands catered for disabled people by using a play on the word ‘able’ or ‘adapt’. Drawing on Thomas’ advice, she wanted it to be “empowering and to change people’s perception of disability.”

A friend mentioned the word ‘Kintsugi’, the Japanese art of mending broken pottery with gold, highlighting the cracks. “The philosophy is that you pick up scars, literally and metaphorically, in life but you don’t need to hide them and they are what makes you unique,” McClelland says. “It actually makes the object more valuable and it really chimed with me.”

While the design process was relatively simple, finding a manufacturer was a long and expensive process. McClelland visited factories around the UK who either said her designs, such as those with altered fasteners or zips, were too technical or would cost so much that she’d be charging hundreds of pounds for each item of clothing. “It was a huge undertaking,” McClelland says, adding that she had to fight her instincts to act first, think later. “I didn't want to get it wrong. I was so excited, but it was one of those times when you need to slow down and make sure you make the right choices.”

Eventually she settled with an ethical manufacturer in Singapore, who have been “doing a lot of hand holding” through the first collection. What blindsided her was the amount of minimum stock she would have to order – 200 pieces of each item for her 10 item collection. “It all got delivered to my house and the delivery driver looked at me like he hated me,” she says. “I hadn’t realised how many boxes and how heavy and he was like: ‘maybe next time think about this a bit harder!’” 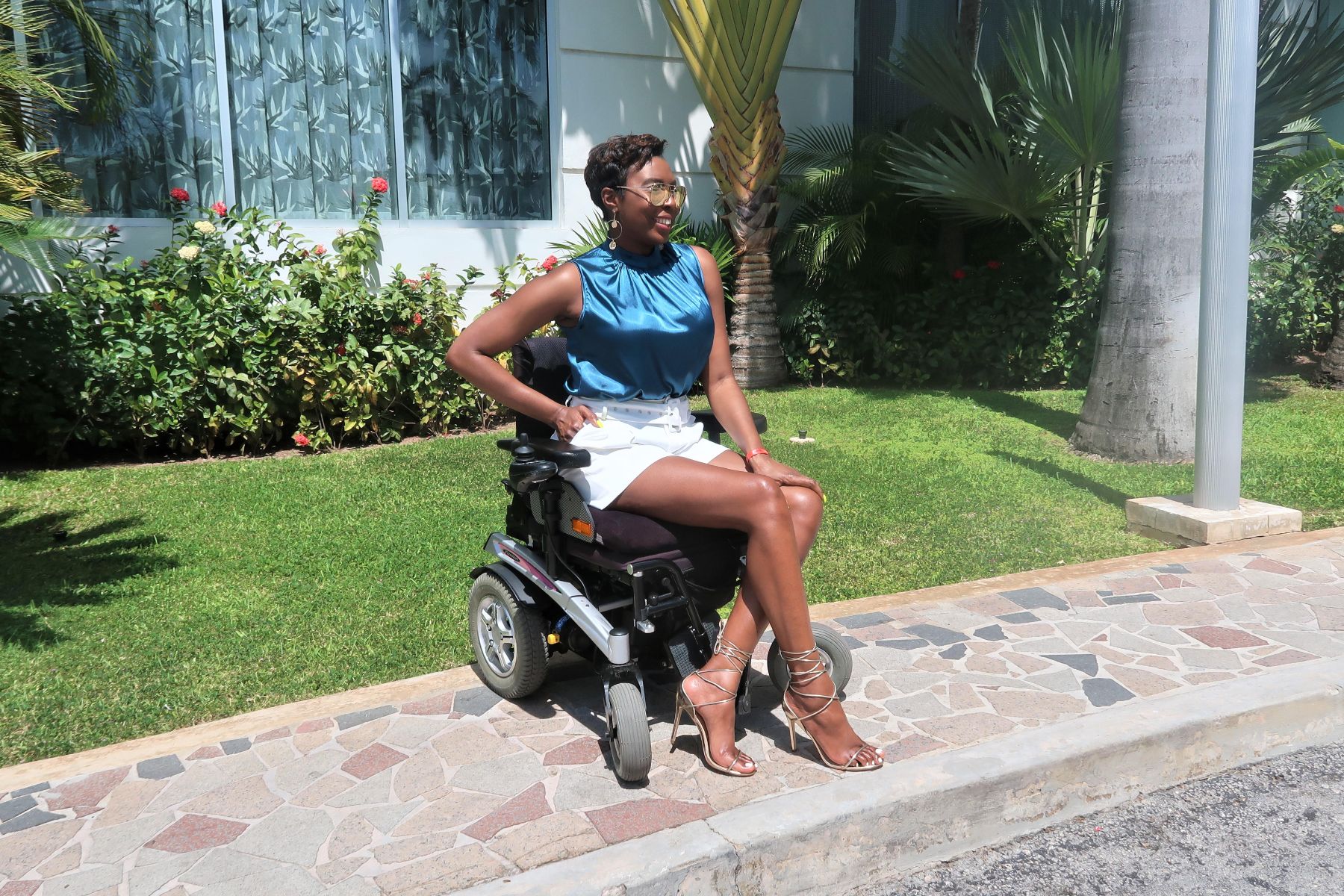 If she had her time again, McClelland would have taken his advice. She would have started much smaller, using local seamstresses and pattern cutters for the first few items even though it would have meant growing slower. “I went in guns blazing, but if I’d started small I would have had a viable product to take around to people and ask: ‘how would you improve this?’”

McClelland has relied heavily on social media to market her brand, which doesn’t have a physical storefront. Her partner at the time, an e-commerce web developer, made a website for Kintsugi when she was starting out but the complicated back-end forced her to swap to using the Shopify platform. “It was the first time I’d put money into the website, hiring an agency to move everything over,” she says.

Since launching her first collection from Manchester as well as a side series of graphic t-shirts, she has attracted customers from all over the world from Australia to the US, where the shirts are the most popular. Her customers, who she meets at exhibitions or through Instagram, are a mix as well. “Its either disabled women, their friends and family or people who get the whole universal design thing,” McClelland says. “Everything is designed to be worn by anybody – you can't tell tweaks have been made.” 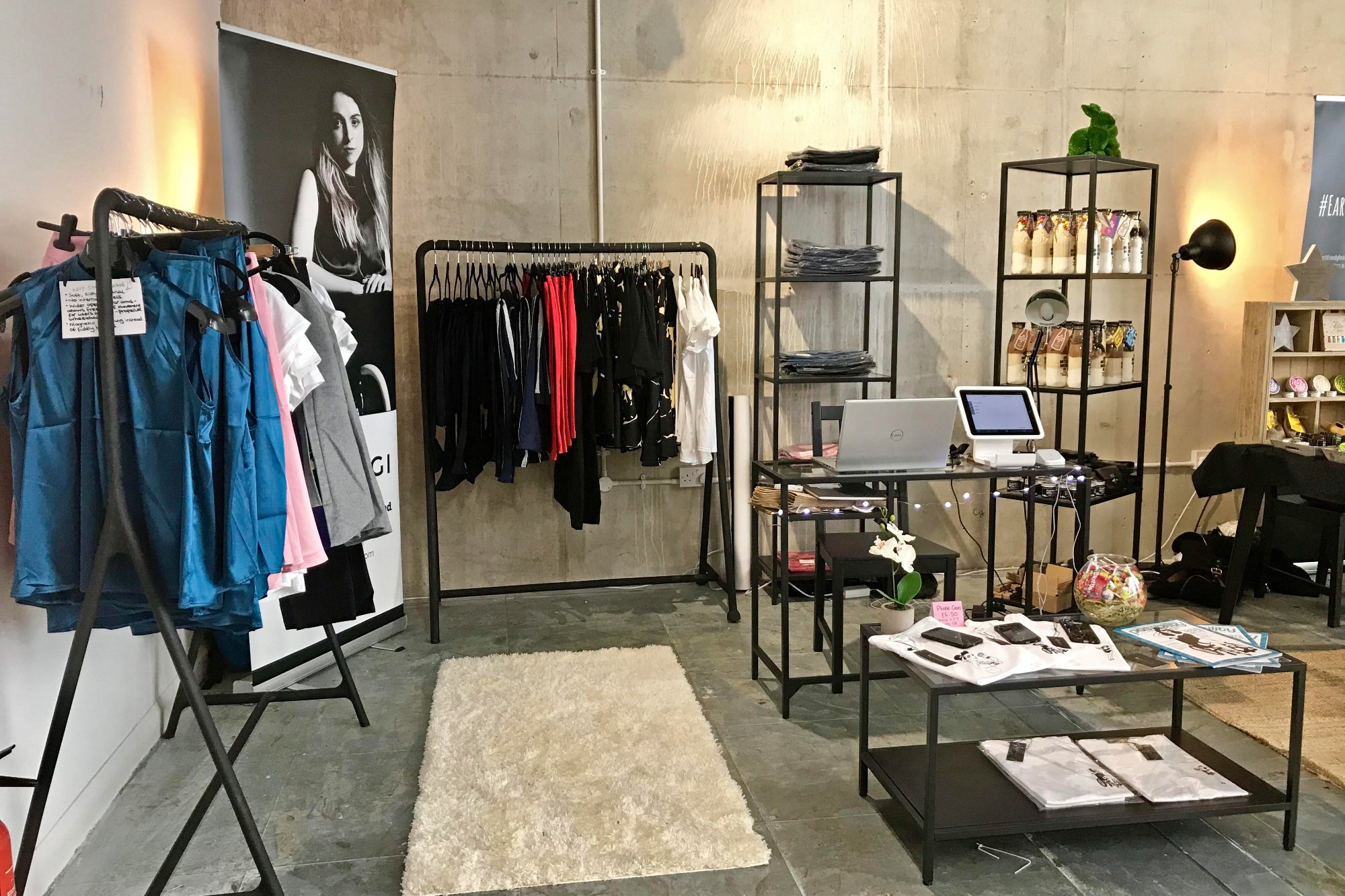 Now she wants to expand. “Menswear is next,” McClelland says, “guys have been emailing and asking: ‘what about us then?’” A lot of what they are after are similar to the designs she has already made – a higher back on a pair of trousers, so a person in a wheelchair can move around without them sliding down, and a longer length on the legs so they don’t ride up as much in a sitting position. “It’s the little things,” she says. “For instance, some like the side zips on some of our women’s jeans that provide access to an ostomy bag.”

Using savings, her contracting work and what she calls the “friends, family and fools” approach, McClelland has been able to fund Kintsugi through its first collection and the t-shirts series on her own. While she hasn’t taken on any investment yet, it's getting to “crunch time”.

In 18 months of building Kintsugi and now working on her next collection, McClelland says her expectations around the business have changed dramatically. “It's good to have that massive vision, I started out by thinking I’m not going to fail at this,” she explains. “But, its emotional, I hadn’t realised how low days can be quite so low.” Realising that things can and might go wrong has had the effect of helping her feel more prepared for what’s around the corner. “It's a nice thing for people to say to you ‘you can achieve whatever you want’, but I’ve learned to be a bit more grounded,” she says, “and that’s really taken the pressure off.”